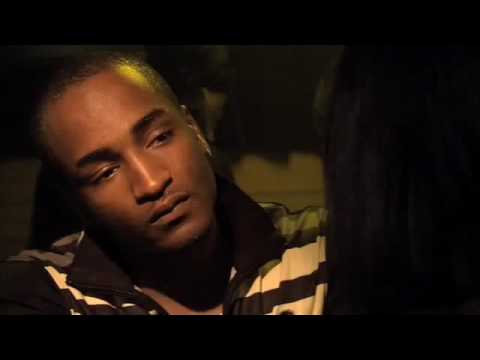 Adulthood, Bullet Boy, Rolling With The Nines, heard of them? Well if you haven’t ever seen a film about the life of the UK youth then you need to. The next film in the firing line is called 1DAY, but this time it’s with a twist as the film is an actual musical. Here Flavour get some exclusive background information on the film that is being hailed as the first ever UK hip hop film from music director, Alex Robinson. “It’s one very bad day in the life of Flash, a crack dealer who has to find £100k for his ‘boss’ in just a few hours while running from the enemy gang and his disgruntled baby mothers. Meanwhile, he finds his other obligations weighing heavily with everyone from his grandmother, to a scruffy little street kid depending on him as much as ever. It’s a thriller of sorts, but it’s also about the drug dealers, their organisations and their places in and ties to the community. Penny Woolcock, is the writer and director and from a very early stage I taught her about hip hop, grime etc and working out it’s role in the film. Then we auditioned local talent together, worked on concepts for songs, picked beats, worked with the performers to get the songs right and make sure they served a narrative purpose. We recorded an album’s worth of material in a week. After that I was involved in mixing the live sound and studio recordings to make the songs sound as natural as possible – we didn’t want to make the songs feel like music videos, but an extension of the dramatic scenes. While most of the music is original, we had to license some reggae, dubstep and other bits and pieces and I chose those with Penny and oversaw the licensing process and so on. It was about 18 months’ work, off and on.’’

With music being a big part of the film it is something different to the norm and something like this has never been done before, “Penny determined to do this early on. The more research she did, the more she saw the importance of music in the world she was working to depict, and so she chose the music that the people she worked with listened to. As most of the cast is young, it’s dominated by hip hop and grime but the older generations music is represented too, i.e. roots reggae, lovers rock, gospel and such’’, said Alex Robinson. The actors are 100% untrained and are mainly made up from people that live on the streets of Birmingham, which adds that touch of authenticity, “They were incredible. I think everyone will be astounded by the acting given that most of the cast had never acted on stage before, let alone on camera. But that’s for you to decide”, said Alex. This film has been classed as a re -enactment around the long time gang warfare that has tore Birmingham apart over the past 20 years and this will be an insight and somewhat an education in to what some of the youth of Britain really go through on a daily basis, without glorifying it in anyway.