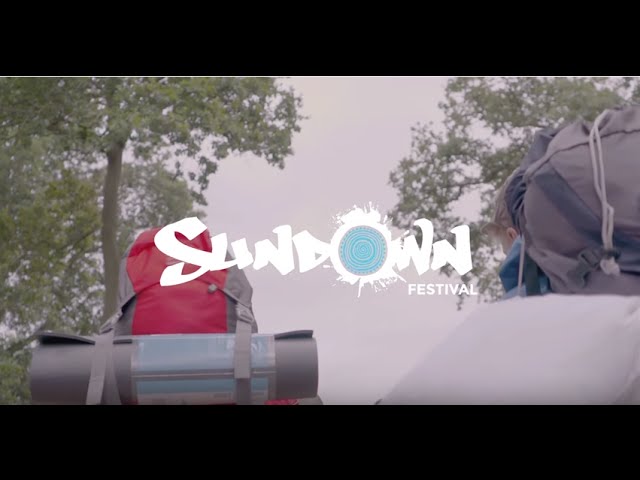 Festivals can be a little bit tricky and we’re not talking about the obvious, not the daunting toilet experience because quite honestly it’s not that bad.

What leaves us in a tizz is deciding which acts to see and with so many too, you usually find yourself dashing from stage to stage just to ensure you catch a 20 minute glimpse of your favourite acts. That’s where we come in.

With such a diverse line up, Sundown Festival will be catering to the masses, uniting Pop, R’n’B, Drum & Bass, Dubstep, Grime, Reggae, House and Electro heads when they hit Norwich between Friday 2nd- Sunday 4th September.

It’s no wonder with their extensive curation of acts that we’ve decided to bring you the 10 acts we don’t want to miss.

With a knack for delivering catchy Pop and R’n’B tracks, US pop star Jason Derulo has had us attempting to move and shake it since 2009. With unforgettable single’s including ‘Solo,’ ‘Talk Dirty,’ ‘In My Head’ and ‘Get Ugly,’ as well as features with the likes of Little Mix (Secret Love Song) and Snoop Dogg (Wiggle), it was a clear win to have *sings* Jason Derulo as Sundown’s Sunday headliner, bringing the weekend to a formidable close.

A huge contender for some of the most festivals played last Summer, the flame haired songstress is back to retain her title. Since singing on tracks for Clean Bandit and Route 94, Jess Glynne has been stealing the limelight with her husky tones layered over Pop and Soul. Bringing us feel good anthems, we’d be just as happy perched in a deck chair as we would legs akimbo over our mates shoulders.

Saving the best till last on Saturday and headlining, this twosome will demand a fair bit of energy, switching between bass hitting beats and melodic head bangers. Combing Trip Hop, UKG, D’n’B, Grime and Electro, Chase & Status have the ability to produce anything and tracks can take you on a ride of emotions, firing you up ‘Blk and Blu,’ invoking self reflection ‘Alive,’ lifting you up ‘Count On Me’ and taking you back in time when warehouse raves were at their finest ‘Blind Faith.’ The producers have collaborated with a host of British vocal talent, let us refresh your memory- Plan B, Delilah, Liam Bailey and Jacob Banks just to name a few… could we expect some special guests when the pair perform?

No stranger to performing across the world, whether at festivals or arenas, Essex girl Anne Marie might look and sound very familiar. A star in her own right, she’s been singing with the lads of Rudimental over the past few years, featuring heavily on their second album ‘We The Generation,’ all the while whilst putting the finishing touches to her album. Singing from the heart ‘Gemini,’ figuring out confusing situations ‘Boy’ and with multiple genres featured on the album, our favourite having a touch of Reggae, we’re looking forward to seeing the cackling beauty in Norwich.

One of the most famous ladies in Garage, the ‘Boo’ MC and singer will be spitting classic bars, taking us back to the early noughties when UKG was champion. With her humble pirate station beginnings, Ms Dynamite has had a hefty music career with so many impressionable tracks from the first album A Little Deeper, who could forget ‘Dy-Na-Mi-Tee’ and ‘It Takes More?’ The Mercury Prize winner has worked with the likes of Katy B, Magnetic Man, DJ Fresh and Labrinth, her voice so unmistakable and her energy magnetic. Expect an au naturale high during this performance.

Bringing us club banger after banger it’s near impossible that you won’t know the words to every single track of the non blonde pair. Currently in the top 20 UK charts with ‘Nothing Like This’ featuring Garage come back kid Craig David, you can expect more songs that were made for sunny festival days and nights. Relatively new in the music scene, Blonde came to our attention with ‘I Loved You’ featuring Melissa Steel, smashing it again with the release of ‘All Cried Out’ and featuring ‘Say Something’ Karen Harding. It can’t be denied that they know how to make listeners feel good.

You’re bound to have heard of this up and coming DJ and producer, whether you’re a Kiss Fm listener, a Radio One/ 1xtra listener or a fan of staying out until the sun comes up. Remixing some classic singles like the nineties ‘Poisin,’ which was Annie Mac’s Hottest Record and Miguel’s ‘Adorn,’ DJ SKT is flying high, dj’ing across the world at the most notorious nightclubs and festivals. A label manager, he’s one busy guy and for one glorious and hopefully sunny day he’ll make you feel like you’re in Ibiza.

Making summer holidays last year with ‘Freak of The Week, MOBO winners Krept & Konan are here to bring the fire. Hooking up with huge US rappers, proving the UK can do Hip Hop as well as Grime. Alongside Kano, Krept & Konan will be introducing some explicit lyrics, so tell mum and dad kindly to stay at home as we wouldn’t want to waste their time explaining what they’re on about.

This trio has gone from strength to strength in our eyes, with vocals we’re sure only canines can hear at times, the collection of hits will have you fist pumping and hair flicking, and their list of achievements are already impressive. They’ve received accolades from BBC Radio One’s Zane Lowe for Hottest Record, won the BBC Sound of 2015 award, plus nominations for Critics Choice Award and The Brit, on top of a number one album for ‘Communion,’ we can’t wait to lose ourselves and dance like nobody is watching with the group’s set list of Electronic Pop. Hit’s include ‘Desire,’ ‘King,’ and ‘Eyes Shut.’

The MBE knighted DJ has been spinning Dancehall and Reggae Anthems since before some Sundown festival goers were born but if you were expecting a DJ in the shape of an OAP, you have no idea. Taking to the decks in his usual attire, a trilby hat and bonkers shirt, my man knows how to get the party started. Transporting your senses from England to Tobago, you can expect to hear classic Reggae jams, from the sublime Bob Marley, Chaka Demus and Beenie Man, to more recent sounds. David Ram Jam Rodigan is like a discography of music, filling you in with the facts like he was on Mastermind. Don’t ask us how it works, but it does! One of the most hyped and interactive DJ’s, it’s not a surprise you can find him at festivals globally.

So there we have it, tracks that should have you standing but if you’re feeling a serious hype comedown, you can keep yourself in the zone with Sundown’s Spotify playlist here- https://play.spotify.com/user/sundown_festival/playlist/4IuY9VZj4kiLm0Vp0pzrnh