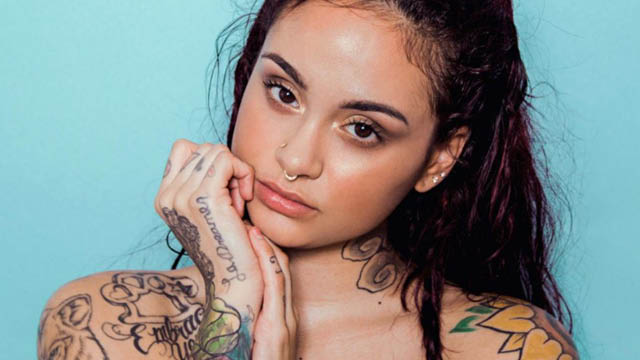 Albums are a great way to capture a collection of songs related to a particular concept—we often hear terms like “body of work” thrown about. So, what can be said of the rising stars of today who have built loyal fanbases without all the hoopla of a traditional album release?

We’re in a different era now and constantly craving for new music, remixes, refixes, mixtapes, EPs and so on from our favourite artists. We don’t want to wait three or four years between albums; we want their latest music in real time, and they can drop the album later when it’s ready and when it’s good enough. Given the amount of content competing in the YouTube and SoundCloud spheres, this approach is especially relevant to emerging singers; when trying a brand-new dish on the menu, we’d rather sample a taster beforehand—an appetizer if you will—before committing to it as our main course.

Albumless and carving out their armies of fans, the following 10 rising singers have capitalised on what could be fittingly dubbed the SoundCloud era. Here’s a guide to who’s who, as we await their first full-length projects towards the end of the year and into 2016.

Born and raised in Oakland, California, Kehlani has gone from strength to strength ever since dropping her debut mixtape, Cloud 19, last year. The mixtape boasts an effortless swag throughout while tapping into her more sensual side for tracks like “1st Position”, in which she opens up about her bisexuality. Follow-up project You Should Be Here was met with rave reviews earlier this year amid the signing of a record deal with Atlantic Records—which also houses her own imprint, Tsunami—and a sold-out US tour. Aiming higher, she’s now making her way overseas for the tour’s European leg after tickets for her London shows sold out in just a few hours. Inked up with tattoos on both arms, septum piercing in tact and a known weed smoker, it’s clear Kehlani has no intention of being the good girl of R&B her young age of 20 may initially indicate, which only makes her all the more appealing; everyone loves a rebel!

Listen to Kehlani if you like: JoJo, Tinashe, Mila J

London’s very own Rachel Keen, known professionally as Raye, has already been compared to global megastar Rihanna thanks to her fusion of catchy pop melodies and contemporary R&B. However, her influences are much broader than you may think on first listen, as she notes OVO Sound and The Weeknd as inspirations, which come to the forefront on her downtempo tracks, such as standout “Hotbox”, a track written when she was just 15. Her debut mixtape, Welcome To The Winter, was released last year and a record deal with Polydor Records followed soon after, as did collaborations with UK rapper Avelino and producer Chris Loco. Having graduated from the BRIT School—once home to the likes of Adele, Jessie J and Amy Winehouse—it’s fair to say there’s a weight of expectation, but, judging by what has been heard so far, she has a great shot at joining the long list of success stories the performing arts school is famed for.

Listen to Raye if you like: Rihanna, Drake, The Weeknd

With regards to popular music on a global scale, Justin Bieber and Drake are unambiguously flying the flag for Canada, but quickly rising up the ranks is 19-year-old Alessia Cara from Brampton, a suburban city in the Greater Toronto Area. Like Justin, she first gained attention by posting homemade YouTube videos of herself singing, which opened the doors to a recording contract with major label Def Jam. Her debut single “Here” was released earlier this year, and, while it placed her firmly in a Kehlani-esque R&B space, her recently released Four Pink Walls EP showcases a more accessible and well-rounded pop sound. Though the lines between the genres may be blurred, one aspect of her offering that remains consistent is her voice, particularly in live performances where it really shines. Sounding better live than on record is never a bad thing nor is being versatile enough to switch between different styles while still coming across as authentic and believable.

Listen to Alessia Cara if you like: Lorde, Tori Kelly, Grace

Ernie Isley and his brothers were inducted into the Rock and Roll Hall of Fame in 1992 as part of musical ensemble The Isley Brothers, known for hits like “At Your Best”, which was covered and made famous by the late Aaliyah in the 90s. It becomes clear that talent runs in the family once you’ve listened to Alex Isley (Ernie’s daughter) and her two stunning EPs, The Love/Art Memoirs and DreamsInAnalog. It’s hard to pinpoint her main strength; is it the gorgeous, featherlight vocals that garnered praise when she sang background vocals on Robin Thicke’s Paula album? Is it her captivating lyrics? Or is it simply the cohesiveness you’re met with when you delve into one of her projects? Whatever the case may be, it appears UK grime act Stormzy is a fan, as he recently remixed her standout track “About Him”, helping to introduce LA-based Alex to a broader audience in the UK.

Listen to Alex Isley if you like: Emily King, Kenyon Dixon, Floetry

Standout track: “About Him”

London-based singer Billie Black, the second BRIT School attendee on the list, describes her music as “subtle groovy tunes that make people sway”, and sway along you will while exploring her young but dynamic catalogue. In under a year she has released three EPs, August’s This Simple Pleasure being the most recent. Her soulful vocals, reminiscent of Jessie Ware, and often minimalist electronic production that would appease many a James Blake fan make for a sublime combination. There are even undertones of jazz present that derive from her time studying it at the prestigious Guildhall School of Music and Drama.

Listen to Billie Black if you like: James Blake, Jessie Ware, Sampha

Another former student of jazz is US singer Kelela, who looked to jazz vocalists like Sarah Vaughan and Betty Carter for inspiration, certain that it was the style of music she wanted to pursue. While her early aspirations to be a singer may be attributed to her time studying jazz, she later opted for a change in style, showcased brilliantly on her breakthrough mixtape, Cut 4 Me. Intended to play out like a compilation of remixes, she recruited the talents of key producers from the underground electronic scene, such as Night Slugs’ Jam City and Bok Bok, to deliver a variety of fresh sounds pieced together from bits of different genres—grime and house to dubstep and R&B. The project was met with rave reviews when it was released back in 2013, as was her recent Hallucinogen EP, which features new collaborations with acclaimed producers Arca and Boots, known for their work with Björk and Beyoncé respectively.

Listen to Kelela if you like: Arca, FKA Twigs, NAO

Hailing from Brooklyn and Signed to Atlantic Records, Justine Skye has been making music since the age of 16, at which time she began gaining a following through her Tumblr page. Her EPs Everyday Living and Emotionally Unavailable were released in 2013 and 2015 respectively and featured a dynamic assortment of R&B tracks rich in emotionally fuelled lyrics. The present-day R&B you will find on your favourite radio stations can be heard in abundance but is cleverly intertwined with nods to the 90s and early 00s, such as on “A Train”, which wouldn’t seem out of place on an early Alicia Keys album. Considering Justine was born in 1995, this makes for an unexpected but welcomed juxtaposition that helps separate her from a growing list of contemporaries.

Listen to Justine Skye if you like: Sevyn Streeter, K. Michelle, Alicia Keys

You may recognise Tiara Thomas for co-writing and featuring on Wale’s 2013 hit single “Bad”, which grew in popularity when it was later remixed by Rihanna. Putting her songwriting abilities to great avail, Tiara has already released a couple of EPs, including Up In Smoke earlier this year. While “Bad” coexists with modern R&B sounds, she unveils shades of 90s influences on EP tracks such as “Get Blowed”. After initially being affiliated with rapper Wale and then signing to Rico Love’s Interscope Records imprint, Division1, she has since decided to operate independently in order to maintain full creative control of her music. However, as an all-round entity—singer, songwriter, producer and rapper—she has all the makings and then some to stand out in a crowded industry.

Listen to Tiara Thomas if you like: Lyrica Anderson, Tink, Teyana Taylor

If you’re looking for mellow electronic beats paired with soft honey-layered vocals, look no further than NAO. The London-born singer is another alum of the Guildhall School of Music and Drama where she studied jazz. Her two EPs, So Good and February 15, showcase her love for sleek, progressive sounds that Disclosure are clearly fans of, as the electronic duo collaborated with NAO on the track “Superego” for their new album, Caracal. Everything is aligned for NAO to have an even bigger year in 2016 with her as-yet­-untitled debut album already in motion. Sticking to the signature sound that has brought her critical acclaim, first single “Bad Blood” recently premiered on Annie Mac’s BBC Radio 1 show and is her best offering to date. The songstress will be taking her EPs on the road next month when she embarks on her first UK tour.

Listen to NAO if you like: Azekel, Billie Black, Dornik

18-year-old Ambré Perkins is fairly new to the scene, but what has been heard so far are slick, bass-heavy R&B tracks, which can be found on her recently released EP, Wanderlust. Ambré showcases everything from fun tracks to accompany a windows-down, summer’s-day car ride to tracks dealing with more serious topics, such as “Ghost”, a heartfelt ballad, in which she opens up about the relationship with her absent father. She’s also a huge Kehlani fan, which becomes noticeable as you listen to Wanderlust and her previous ode to Kehlani. With Ambré having signed to Kehlani’s Tsunami, the duo came together earlier this year to remix Drake and PARTYNEXTDOOR’s “Preach”, which generated over three million views on SoundCloud alone and paves the way for future releases from Ambré in 2016.

Listen to Ambré Perkins if you like: Jhene Aiko, Kehlani, Rochelle Jordan

To hear more from the 10 singers featured in this article, check out the playlist below.