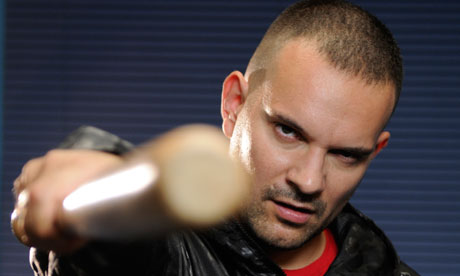 To celebrate 20 May 2013 UK DVD release of White Collar Hooligan 2: England Away we are offering 10 winners the chance to win a copy of the DVD and the Blu-ray double pack.

After the success of football terrace gangster flick The Rise and Fall of the White collar Hooligan Director Paul Tanter (Fall of The Essex Boys, Jack Falls) is back with the DVD release of the fist thumping sequel White Collar Hooligan 2: England Away.

Mike Jacobs (Nevern) is back and living the good life in Spain with a new identity under the witness protection scheme. However, when old enemies discover his whereabouts and kidnap his girlfriend, Mike has just four days to pay off the gangsters or he will never see her again.

To be in with the chance to win ensure that you are following @Flavourmag @hooliganfilm and @annikaallen on Twitter. When this is done simply copy and re-tweet the following: “I want to win the  @hooliganfilm on DVD @Flavourmag ! #FlavourmagComp RT to enter”.

Once you are following and have tweeted or retweeted the entry comment, you will be entered into the draw for this fantastic prize!