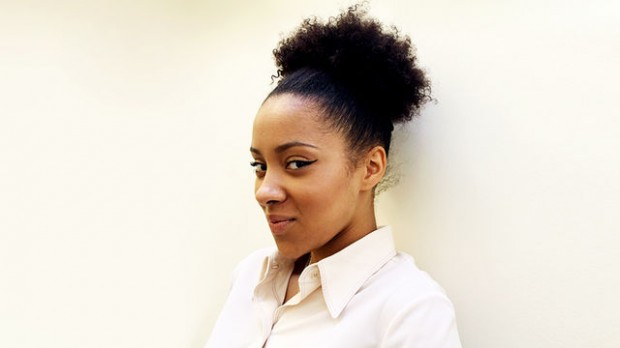 We had to feature Yasmin Evans instagram within our interview for Flavourmag to showcase Yasmins talents infront of and behind the camera… There’s a new 1xtra babe on the block. Since her arrival in September, Yasmin Evans has slowly been making a name for herself.

Projecting a radio presence that’s personable, stylish and fully entertaining, ahead of 1xtra live we caught up with the lady herself to find out what to expect from this year’s event, why she wouldn’t kick Trey Songz out of bed and how Imogen Heap pulled a few heartstrings and made her cry.

What are you most looking forward to about 1xtra Live?

Last year, I was a part of the crowd sort of like a nobody but this year, I am excited about being on stage. I am also excited about seeing the acts and getting involved with pretty much everything.

It’s your first live experience apart of the 1xtra clan. Any nervous at all?

I think my excitement is masking my nerves, but I am definitely nervous because I have never really sort of hosted anything on this scale. At this moment in time, I think there’s more excitement than nerves.

Trey Songz seems to be a name on all the ladies lips. Are you a fan?


I am a fan of his music, but I think he is a bit too smooth and over on the cheesy side for me. I still wouldn’t kick him out of bed though.  [Laughs]

So, you’re not an admirer of butter smooth men then?

I like a real man who is a little rough around the edges. I can just imagine butter smooth men spending way longer time in the mirror than me.

Has there been a song that has ever made you cry?

There was an old song by Imogen Heap called ‘Hide and Seek’, which made my cry a long time ago but none as of lately.

Are you sometimes mistaken for the singer Yasmin?

Yeah, especially on Twitter. A lot of people send her tweets all the time mistaking her for me. I don’t mind though as she’s a lot more famous than I am and looks wise, we don’t look anything a like, yet people do still mistake me for her.

Has there ever been a famous autograph that you badly wanted?

I have never actually asked for an autograph from anyone before, but I do have one from Tim Westwood, who I work alongside. I did not actually ask for it, but it was very nice of him to give it to me.

Exactly and that’s why I’ve still got it in my house somewhere.

Have you had any embarrassing on-air moments so far?

I was doing a feature on my show called; show me your pooch as in your dog, but by accident I instead said, “Show me your poo.” I don’t think anyone really heard, but apart from that nothing too major has occurred as of yet.

Who was on your wall when you were growing up? Did you have a pin up celebrity?

This is embarrassing as I have never actually told anyone this. [Starts whispering] I actually had Peter Andre in Calvin Klein boxers with his six packs out on my wall.

Would you say yes to Simon Cowell’s reality DJ show if it ever happened?

I would say no! I think it would be way too brutal because I wouldn’t ever want to go in front of Simon Cowell for him to tell me, what he thinks of me. He would almost certainly tell me all the bad bits instead of the good and I would probably end up crying.

What’s the craziest thing that has happened to you so far?

I would have to say getting the job at Ixtra which was wicked. I remember being approached in February then afterwards being asked to do a pilot, and after that receiving a call asking, “Would you like a show?” I of course said yes, but I still remember the day as it was weird and quite crazy.

What’s the best thing about coming from Manchester?

I think we have got a lot of talent yet to be seen, but Misha B, Tyler Daley, R.I.O, Blizzard and others are doing really well at the moment. Manchester has a lot more to give, and I think 2013 might be our year.