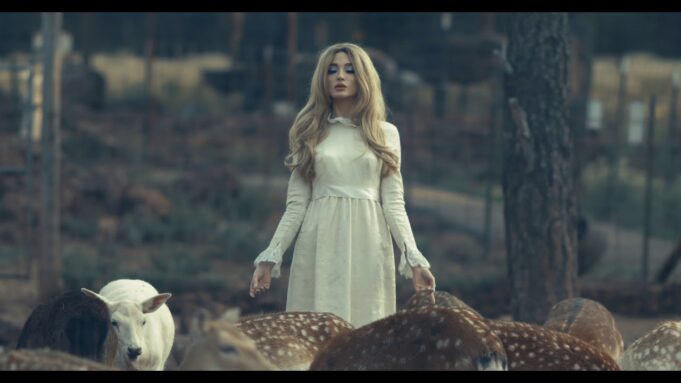 With February almost over, we’ve rounded up our favourite releases of the month.

Meet milk. , The four-piece alternative pop band who should be on your radar immediately.  The effortless track ‘You&I‘ feels familiar and nostalgic yet fresh. You can catch them at London’s Camden Assembly on December 10th 2021

With super catchy synth-driven pop paired with indie sensibilities and intimate storytelling, beaux is an artist on the rise. Talking about the track, he tells us

a love letter to the moments spent outside’ is my attempt at creating a project that sonically lives in its own peaceful little world. The EP is essentially about my mindset and the memories that I made in the first half of 2020. Life slowed down a lot last year, so I spent a lot of time just going outside on walks and I think that calm, nature-inspired vibe can be heard throughout the EP

Irish artist Fi is back with her new track ‘Over You’.  Inspired by the likes of Halsey, Tove Lo and Dua Lipa, ‘Over You’ is an addicting track that explores all of the emotions of getting out of a toxic relationship.

Following his collaboration ‘Fake’ with Lauv last year, Conan returns with a new single ‘Overdrive’.  We’ve definitely had it on repeat all morning.

Delicately outlining her vulnerability and personal experience with trauma and sexual assault, Chløë Black presents another raw and intricate track that is synchronously poignant and anthemic, whilst showcasing her transcendent artistry, vocal capabilities and intuitive skill for merging genres.

Alt-Pop artist Beks releases new track ‘The Thing About Us’.  Talking about the track, she says

This song encapsulates the feeling of being in love and then out of love with your best friend. Your best friend that you party and wake up hungover with and then realise you’ve crossed the line of no return, blurred the boundaries and you’re desperate to find your way back. The thing about us is that there was never an ‘us’ only ‘you and I

Based in the South coast of England, Rising indie alt-pop band Crystal Tides return with the upbeat indie anthem Headcase’. Talking about the track, the band tells us

​​Headcase is about being led on by a person who is obviously using you which causes you to go a little bit insane. The emotions you deal with alongside the mental battle inside your own head because you can’t figure out why you can’t stop thinking about that one person despite the fact they’re just playing with your head. You know it’s wrong but you think somehow you can make it work

Londoner Oscar Scheller releases his third studio album ‘Boys Cry‘. Written and produced by himself, with only Katie Gavin of MUNA lending her voice on track ‘I’m Enough‘. Talking about his new album, Oscar said

It’s essentially a meditation on male vulnerability. It’s material, all my insecurities, traumas, heartbreaks, and my internal dialogue being turned outwards to exemplify healthy male emotion. To show you that boys cry, whether that’s internally or externally. ‘Boys Cry’, is my experience, and my mission to reimagine masculinity by illustrating that there is power in being vulnerable. To be authentic and freed from society’s conditioning will in fact help you to reach out to others, ask for help, and allow yourself to grow by accepting the pain and turning it into strength, love and compassion. It’s my manifesto to manhood.

Gold was a song that I literally wrote on my kitchen floor the first week of lockdown in 2020. I think it was because I found myself reminiscing of summers past and great weather and freedom to do what we want without a mask

The 22-year-old had already been tipped as becoming “one of the biggest fucking things in the world” by Lewis Capaldi.  Talking about her new track ‘Down Days’, Charlotte comments

That lyric is something I’ve had to keep telling myself so often throughout the last year. It’s a reminder that everything is going to be alright, tomorrow is a new day, the clouds are temporary and better days are coming. I’ve experienced these dark, cloudy periods of time every so often since my teens. By directing and filming the music video at home myself, it gave me the chance to tell the story of what it’s like to live in my mind when I feel that way.