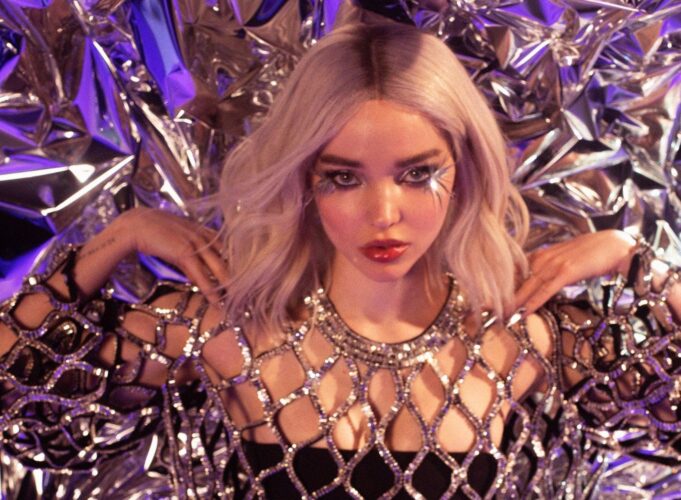 Over at Flavourmag, we’re obsessed with introducing you to the best new music. We’ve rounded up 10 tracks that you need to hear immediately

This weeks round-up includes Dove Cameron, Wes Nelson, The Snuts and many more.

Luminous Kid and Phoebe Bridgers is everything we could have asked for.  ‘Mountain Crystals‘ dives into the intense overwhelming emotions that come from a strong love, with the ever so present threat of having your heart torn to pieces.

Talking about his new video, Luminous Kid said “The spinning sensations that occur in an intense infatuation can be compared to those surfacing from a mind-altering experience of a psychedelic, so when creating the music video, I envisioned an abstract, intense, queer, love-filled visual piece that would culminate in an explosion of colours, inspired by the star gate-sequence in Kubrick’s masterpiece “2001: A Space Odyssey”. I want the viewer to feel as if the video drags you into an alternative space of altered gravity and time”.

British pop newcomer Max Leo releases his addicting debut single ‘breaking my heart‘. The track explores a realistic relationship with unashamed honesty and humour. Max Leo is definitely one to watch in 2021.

Dublin-based four-piece alternative pop band milk. drop their new single ‘2.‘ from their forthcoming EP – out summer 2021. If you like what you hear and need a new band to obsess over then milk. is the one for you.

Don’t forget to catch milk. on their European tour later this year. Tickets on sale now.

With a funky disco bassline paired with buoyant pop vocals, smooth synths, groovy guitar chords, and a rich tapestry of club-inspired rhythms. ‘Super Classic‘ is an uplifting song about feeling confident, in love, and good about yourself.

Talking about the track, Fran Baxter tells us “I actually wrote “Dizzy” back when I lived in Liverpool. I’d just heard about a friend getting badly assaulted by someone, and so I wrote this as a futile fantasy of getting revenge. When these situations arise there’s always that voice inside that tells me to step up and be the hero, then I remember I’m not Sammy The Bull and so I just write a cute little song instead”.

Talking about her new track, Dove says “LazyBaby is not a breakup song, it’s a breakthrough song. It’s the song I would sing to get me out of bed in the morning in a time when I felt like I couldn’t even do my laundry, and that would make me laugh and keep me on the path to choosing myself. I want to be clear: This is not a hateful song. There is a sense of humour, a wink inside every lyric. This song is actually about STILL loving someone, but making the decision to put yourself first when you know you need to, wipe away your tears, clean out all their stuff from your apartment and give yourself all the love you had been giving to them”.

The Snuts drop the stunning sun-soaked video for fan-favourite ‘Glasgow’. The track is taken from the band’s essential debut album, ‘W.L.‘ – Out Now.

Talking about the track, Jack Cochrane said “Glasgow is such an important track for us. It is a love letter to one of the greatest cities in the world. For the video, we set up our instruments on the top of a building in the city centre and performed to the Glasgow skyline whilst our lyrics ‘I’ll always love the way that you say Glasgow’ was being projected onto one of the most iconic buildings in the city.”

London-based artist Belot unleashes her own distinct brand of cheeky, honest, vulnerable pop music onto planet earth. Back with her fresh and infectious new single ‘Bed‘, Belot is one of the most exciting new names to emerge this year.

Talking about Bed, Belot said, ” ‘Bed’ is about when you have a whole bunch of sexual tension with someone and although you’re both doing the polite back and forth of small talk, at the heart of it you really do just want to hook up. I think we’ve all had some version of that with someone. I wrote the song after me and my two best friends spoke about the sort of funny social politics that are attached to that situation. What we all really want to say vs what we actually do.”

With its moody blend of Afrobeats, smooth R&B production and Wes’ infectious melodies, ‘Nice To Meet Ya’ feels like an instant classic; confident, effortless and ridiculously catchy.

Wes tells us, “I wanted people to sing Nice To Meet Ya and just feel good about themselves, like 3 minutes of escapism! Especially with lockdowns we’re all feeling a bit trapped and people are down, I just want people to get up and feel good.”

‘Starstruck’ is the brand-new single from Years & Years, which is available now on Polydor Records, with the video premiering on Monday 12th April.