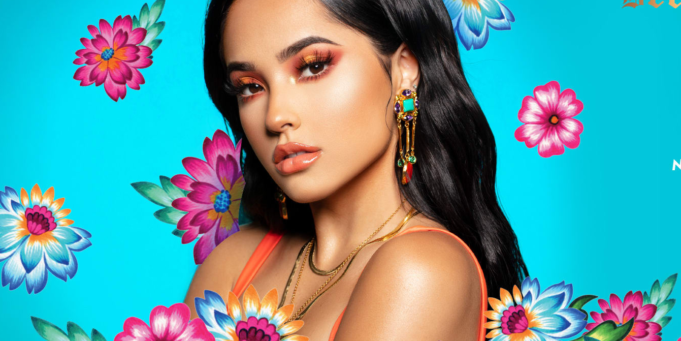 As we say goodbye to February and hello to March, we’ve rounded up our favourite releases of the month.

Man of the Hour

Introducing up and coming rock quartet Flechettes. We’re calling this now, Flechettes are the ones to watch.  With blistering indie guitar rifts, this angsty track is set to get people up and moving.  Can anyone else imagine dancing to this at a festival? We know we can!

Talking to us about the track, Frontman Jack comments “‘Man of the Hour’ was inspired by those feelings of insignificance most of us experience when you’re young and out on the town, desperate to impress anyone and everyone. In a way maybe it’s an admission of feeling insecure when ‘image’ is still a massive part of everyone’s lives and defines how we act around people, even our friends.

LA Brother/Sister duo release their new track ‘gushers‘. If you’re a fan of sultry, left-brain bedroom pop then this is the track for you.

The Last Man On Earth

If you’ve been on social media for the last few days then you’ll already know Wolf Alice are back and have released their new single ‘The Last Man On Earth’ proving why they’re Britains best band.

The band’s third album ‘Blue Weekend’ is set for release on 11th June. We can’t wait to hear this live.

Having previously supported King Princess on tour,  Childe has amassed well over a quarter of a million streams on Spotify since Summer 2020.  Now returning with his first single of 2021,  Childe tells us “This one is bittersweet. It’s about giving in to your primal instinct and being drawn to the dark side of a relationship. Sometimes a bit of friction is what we actually need.”

Introducing one of the UK’s finest rising young artists, Luke Royalty. Luke, who burst onto the scene with his single ‘I Could Get Used To This’ ft. Sweets last year, releases the video for his brand-new track ‘I Do’

If you’re a fan of Mike Skinner, Mac Miller and Frank Ocean, then Luke Royalty is sure to be one of your new favourite artists of 2021

‘24/7′ comes just ahead of the band’s support slots for the likes of Yungblud, You Me At Six and Bad Sounds on their respective 2021 tours.  Making music with no boundaries, frontman Cody said ” ’24/7′ is a song about being yourself. Who I am is who I be.  The lyrics take you on a journey of everyday things that we do…some mundane, some exciting, but as long as everyone lets you be yourself and gives off good energy then everything is good”.

The Canadian-Nigerian singer-songwriter shares her new track ‘Joy’. A spirited fusion of vibrant Afrobeats, elegant R&B and island flavour, ‘Joy’ is a song that speaks to this moment in time. Falana’s impassioned delivery leaves you in no doubt that she means every word she sings.

Keep your eye on Falana. We have a feeling you’ll be seeing a lot more of her this year.

Global superstars Becky G and Burna Boy have joined forces on their latest track ‘Rotate‘. The lyrics and beat of the track are inspired by this year’s roster of Pepsi football talent and are a tribute to the beautiful game. Listen now.

Don’t Worry About Me

Bradford’s Bad Boy Chiller Crew aka BBCC are back with their new track ‘Don’t You Worry About Me’. The band delve deeper into their love of euphoric Euro club music but give it a new, fresh lease of life. With a fast-tempo sample for the addictive chorus and intricate basslines, the track accelerates at full speed when the boys each drop their explosive, exuberant verses.

And at number 10 is West London singer AMA. Kicking off 2021 with her new EP ‘VS EVERYTHING’. Ama has been announced as one of the first fifty artists on the line-up for The Great Escape Festival in Brighton, England in May.