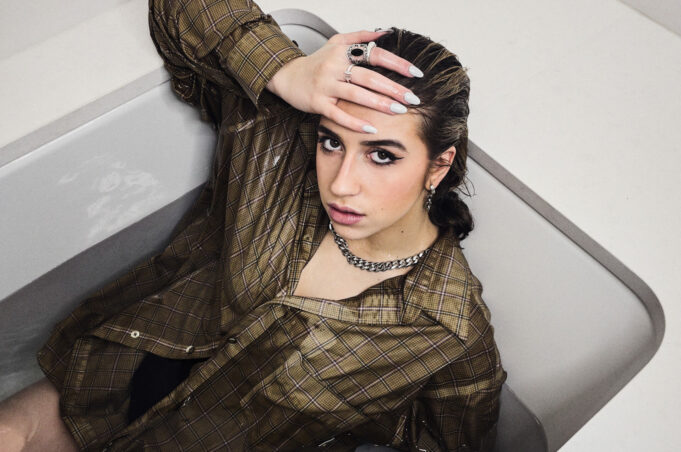 Over at Flavourmag, we’re obsessed with introducing you to new music. We’ve rounded up our favourite new tracks that you need to hear ASAP.

Rising singer-songwriter Tate McRae is back with her new single ‘slower‘, giving us a little preview of what’s to come on her new EP ‘too young to be sad’- Out March 26th

If you like honest pop songs that get you in your feels, then listen to ‘slower‘.

Singer-songwriter and multi-instrumentalist Dean Lewis pulls at your heartstrings with his hotly anticipated new single ‘Falling Up‘,

Talking about the track, Dean comments “I always thought I would be happy when I finished school or when I passed an exam, or I got a job or a promotion or if I went travelling and then I was like – ‘ooh, now I have a record deal, what if I have a big song?  Then, I had a big song, and I was on the road for three years and when I stopped, I realised it had all passed me by and I was actually less present and more anxious and stressed than ever. I looked back on my life and at all of these points along the way and I realised that I’ve never felt any better, it’s always been onto the next thing, always moving.”.

Known for being the King of sex playlists (trust us on this), Two Feet aka Zachary William Dess is back with his new track ‘Never Enough‘. Give us music a listen and we think you’ll agree.

If you’re obsessed with bedroom pop then George Moir is the artist for you. ‘Baked Beans‘ features on his new EP ‘Guide To Growing‘.

Talking about his new EP, George tells us ” ‘Guide to Growing’ ended up being about loads of stuff: relationships, mental health, ambition, poverty, work, stress, and more. They’re things I think so many of us run into, particularly as you step out into the world on your own as a young adult. There’s so much still to learn and experience, and I wanted to capture what it’s like to bump into this stuff when you don’t really know how to tackle it.

Japanese Breakfast, the musical project of Michelle Zauner is back with her jagged and propulsive 80’s inspired pop song ‘Be Sweet’ which is taken from her highly anticipated new album ‘Jubilee’ – out June 4th

Talking about ‘Be Sweet’,  Michelle tells us “After spending the last five years writing about grief, I wanted our follow up to be about joy. For me, a third record should feel bombastic and so I wanted to pull out all the stops for this one. I wrote ‘Be Sweet’ with Jack Tatum from Wild Nothing a few years ago. I’ve been holding onto it for so long and am so excited to finally put it out there.”

The fiercely talented Billy Nomates is back with her EP ‘Emergency Telephone‘. Listen as her voice hypnotises you and gives you shivers down your spine.

I Don’t Love You All The Time

Talking about the track, frontman Adam Young tells us “ ‘I Don’t Love You All The Time’ is an ode to the trials and tribulations of love and loss in modern times, an observation about understanding how to come to terms with falling out of love whilst at the same time longing to be loved in kind.”

Songwriter, DJ icon and reigning Queen supreme of international nightlife, Jodie Harsh, has shared the new visual for her latest single ‘My House’.

Talking to us, Jodie said “I wanted to get the whole British drag queen community together in one video as it’s never really been done before. We were all stuck at home at the peak of the second wave, so I got a lip-sync sent over from everyone! Of course, loads of the girls from the first two seasons of Drag Race UK are in there. I also wanted to feature queens from all corners of the UK, such as trans icon queen Juno Birch, bio queens Tete Bang and Heather Duster, and queen of transformations Charity Kase. The 61 queens combined make up the best of the best of the British drag scene in their own houses, for My House!”

You may recognise Megan from The Only Way Is Essex or Celebrity XFactor.  Now back with her new track ‘This’, Megan is blowing up the music scene with her passion-fuelled vocals and honest lyrics.