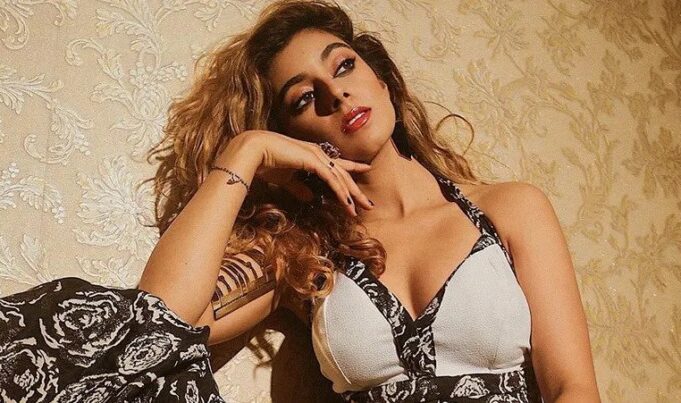 We’ve rounded up the best new tracks that you need to hear immediately.

The Four-piece indie band from Birmingham with limitless amounts of swagger and the seal of approval from Jane’s Addiction frontman Perry Farrell drops their stellar new single and video, Electric.  Think the swagger of the 60s, the rolling groove of the 80s and the riotous verve and attitude of the 90s.

Talking about the EP, Dylan said “I’m finally at peace with the idea of emotion, this EP is about navigating all forms of love and the brutal consequences of falling for someone. I wrote these songs to empower myself through the process of letting someone in, and their inevitable exit from my life. I think this is something that everyone experiences at some point in their life, a new kind of pain that is hard to put into words. It’s insane the number of times I have sat at my kitchen table with a mate talking about how we deserve better than how we’re being treated, life is too short for shit relationships. Within my writing, I was finally ready to talk about how I was feeling rather than attacking the idea of love, in hope that others will relate to the situation. It’s time to claim the power back baby, and no better way to do that than screaming to these songs.”

Multiple GRAMMY-nominated, chart-topping rap superstar Jack Harlow is back with an infectious new single, ‘First Class’. The track brilliantly samples Fergie’s classic 2006 hit, ‘Glamorous’ and has already become a viral trend on Tik Tok only days after Jack teased a snippet of the song from the studio. ‘First Class’ follows the previous single ‘Nail Tech’ to land as the second taste of Jack’s highly-anticipated new album, COME HOME THE KIDS MISS YOU, which arrives everywhere May 6.

The Irish singer and songwriter has dropped his new track ‘Elephant’.  Talking about the track, Flynn says, “‘Elephant‘ means a lot to me. It takes a lot for me to talk about my mental health in a song. It’s always like a huge weight off my shoulders when I eventually get to open up. Music is honestly the best form of therapy for me.”

Deaf Havana will appear at Slam Dunk Festival on 3rd and 4th June, alongside Alexisonfire, The Wonder Years and Meet Me At The Altar, plus many more.

Best known for her infectious vocals and hit collaborations with some of the biggest producers in the UK (Joel Corry, James Hype, Digital Farm Animals & more), 21 year old singer and songwriter, HARLEE, drops her first ever solo single ‘Reset’.

Where Are You Now?

Los Angeles based alt-rock band The Wrecks unveil their exquisite new single ‘Where Are You Now?’ featuring girlhouse.

Where Are You Now is the third single to be revealed from the upcoming album. The band’s most recent singles, the sparkling post-breakup anthem “Lone Survivor” and liberating alt-rock track “I Love This Part,” showcase that they’ve fully honed in on and embraced their characteristic genre-bending alt-rock, as well as having evolved and matured their sounds for this triumphal venture of a second album.

Bay Area native indie/alt singer-songwriter Samica has shared her new single ‘Stumble Home’. The track is a folk-pop song oozing with nostalgia-induced heartbreak about not appreciating someone until they’re gone.

Girlpool release their highly anticipated fourth album, Forgiveness, via ANTI- Records. With its unique blend of introspective earworms and surreal party music,  Forgiveness reaches beyond the loosely sketched parameters of “indie rock,” challenging any preconceived notions of what a Girlpool album can or should be.

London-based vocalist and producer Daniel Ness shares ‘Not Built 4 This‘ taken from his forthcoming EP. This cinematic new track plays with a range of influences varying from garage, synth-pop, as well as left-field R&B., Exploring themes of self-doubt, insecurities within his creative practice as well as aspirations, this new offering highlights the French/Icelandic artist’s detailed production as well as his versatility both vocally and instrumentally.