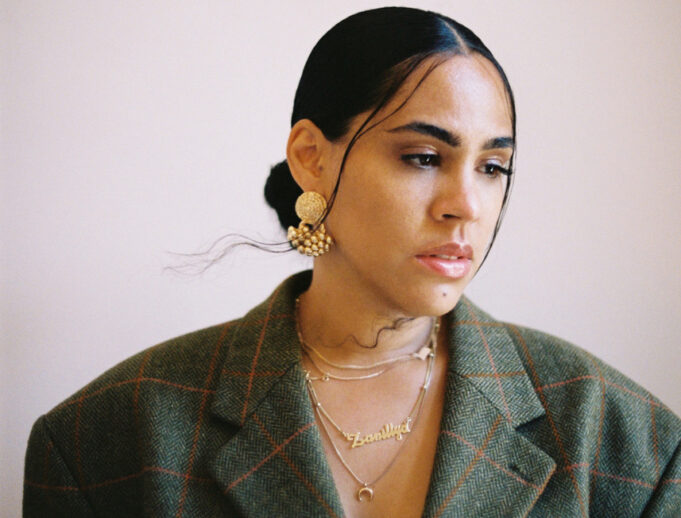 We’ve rounded up the best new tracks you need to hear this summer.

This weeks round-up includes Picture This, GIRLI, Jack Savoretti, Zanillya and many more. So sit back and relax and watch the amazing videos of these awesome tracks.

Ireland’s hottest musical export in decades, Picture This are back with their brilliant new album ‘Life In Colour’.  If you’re not obsessed with them, then what are you doing?

Multi-platinum British breakthrough singer-songwriter Nathan Evans releases his brand-new single, “Told You So” with a Digital Farm Animals Remix.  You can catch him on tour in London on 8th December 2021 at Colours Hoxton

On the release day of his critically-acclaimed new album ‘Europiana’, Jack Savoretti reveals the cinematic video for his funky new track, ‘Secret Life’.
You can catch Jack on tour in 2022 on April 13th at London’s iconic Eventim Apollo

Get Back To Myself

Rising UK bedroom-pop duo Wynona today share the brand new video for their dreamy debut single, ‘Get Back To Myself’. The duo’s single is a blissful, romanticised bedroom-pop number led by Natalie’s honeyed melodies and a simultaneously uplifting and soothing combination of jangled rhythms and nostalgic guitar lines.

UK rap artist and ex-footballer IThinkThatsRio drops new track ‘AFRO’.  Having quit his career as a pro-footballer to pursue music last year and this melodic rap track ‘Afro’, which serves as his official debut, comes six months after the East London native burst onto the scene late last year with a freestyle that caught the scene’s attention.

More Than Just A Friend

Alt-pop artist GIRLI is back with her new single ‘More Than A Friend’. Milly Toomey (AKA GIRLI), wrote the track about her own struggles with body dysmorphia, and has said, “It’s basically me trying to explain how it feels to have a warped vision of myself to someone who doesn’t understand. In the chorus I sing “don’t tell me to love myself more, i wish that it was that simple”. There’s so much misconception & misunderstanding about eating disorders and body dysmorphia, and a lot of the time people think they can advise you on how to get away from the incessant self-hating thoughts when they have no idea what you’re going through in your head.”

Ashnikko teams up with some of the most exciting artists and producers to remix her viral sensation Slumber Party feat. Princess Nokia. The blue-haired maven calls on the colourful indie-pop trio Kero Kero Bonito, the imitable DJ Honey Dijon, the eclectic electronic Australian DJ HAAi and house aficionado Anna Lunoe to make their mark on her hot new single.

London-based singer, songwriter & visual artist SAI (pronounced ‘say’, a backronym for ‘Sing About It’) drops her final piece of art from her EP ‘RE<WIND’.A straight-up R&B classic, this break-up track sees SAI handling the blowout like an absolute queen.  Her slick lyrics inject a major dose of female kick-ass attitude, with just enough vulnerability for fans to relate to the emotions.

Following the release of his debut EP ‘The Storm’ last October, the 19-year-old quickly became a talking point amongst music royalty such as Sir Elton John and Sam Smith, as well as radio vanguards: Annie Mac, Jack Saunders and Zane Lowe.

Now back with his new track ‘Nightmare’, the Scottish newcomer is set to win you over with his new EP, ‘The World Isn’t Big When You Know How It Works’, set for release on 20th August.

Rising start Zanilly is back with stunning visuals for the track ‘Alive’. Taken from her EP ‘Choose Life’, Zanillya is determined to be at the vanguard of this change. Choose Life is a record about self-belief and healing, and an embrace of positivity that simultaneously acknowledges openness and vulnerability as a show of courage rather than weakness.