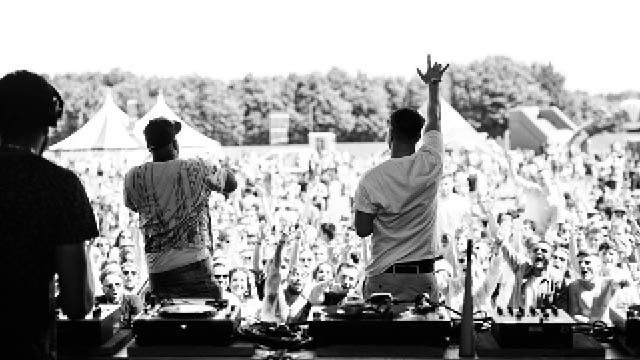 In the past week we’ve slipped into summer, slipped out and then slipped back in, it’s been a confusing time with people exclaiming that the season has ended before it’s even begun but here at Flavourmag we like to look on the bright side… Summer is just getting started in our eyes!

Frankly a summer of fun doesn’t begin until the first festival kicks off and one of the most promising comes in the shape of Cambridge festival Strawberries & Creem. The festival calendar seems to evolve every year and it can be laborious figuring out the pro’s and con’s, the value for money, line up and location but that’s why we’ve orchestrated this blog to make things easier.

People often think it’s wise to attend festivals that have been going since time began but we say grab life by the horns and go for something new and innovative. Being a relatively new festival, approaching its third year, Strawberries & Creem has gone from a student affair to a well respected event. Less about money making and more about waving the flag for the town’s appreciation of good music and good vibes.

Secondary to the music, no festival would be complete without a selection of cheat day food and at Strawberries & Creem you’ll have a lot to choose from. They’ll be Mexican from Nanna Mexico, crispy duck from Duck Rotisserie, Latin flavour with those delicious churros treats, proper burgers from Steak & Honour, Caribbean from The Lick, as well as pizza, sausage, strawberries & creem and refreshing Lickalix lollies. Hold tight the food baby!

Forgot waiting on Luton, Nottingham, Bristol and Notting Hill carnival… the festivities have come early in Cambridge. Bringing you some of the hottest names in carnival celebrations with David ‘Ram Jam’ Rodigan and Channel One Sound System, who are legendary on the Reggae and Dancehall scene. Get dusking those whistles and horns!

The plaster sporting US rapper will be in England, playing gigs at the likes of Koko Camden and O2 venues across the country and don’t get us wrong, we’re partial to the stickiness of a grimy venue but picture the sun gazing down as you gyrate to ‘Flap Your Wings,’ ‘Ride Wit Me’ and ‘Hot in Herre.’ That is something that’s going to create pure Nelly fever, making people feel like they’re in one of his all star music videos.

If you thought we were talking about Justin Bieber then stop reading! Strawberries & Creem announced that their friend’s at the BBC will be down on the day conducting interviews on site and broadcasting to those missing out on being there. One of the, if not the most supportive of radio channels when it comes to up and coming musicians, you’ll often find BBC radio covering only the biggest and most influential festivals. Bringing you behind the scenes footage and with their very own Jamz Supernova taking to the stage on the day, this is sure to be an epic party.

For us it’s all about the music but on occasions when you’re feeling mighty patriotic, it’s always bless when festivals arrange a hench outdoor cinema screen to air England’s first UEFA Euro 2016 game. You can’t say they’re not good to you.

The ‘People Do Nothing’ pirate station spitters and dj’s will be there whittling crowds into a frenzy. Hailed for their work at solely reigniting Craig David’s career, nominated for a 2016 Bafta (Best Scripted Comedy) whatever the hell that implies… these Brentford mandem are the real deal, sampling well known Garage, D’n’B and Grime to argue they’re the best in the galaxy when it comes to their bar spitting and longevity.

We’re not even going to try to pull the wool over your eyes because if you’re an annual attending festival goer you’ll know that festivals don’t come cheap. We think Strawberries & Creem is a steal offering VIP treatment from only £75 and third release tickets at £40 a ticket. For £35 more you can have the run of the mill of a VIP bar, glorious private toilets, ensure speedy priority entry, recieve sponsor freebies and get hooked up with a Strawberries & Creem snapback and more. We bet that’s got you thinking. Not only that but if you’re student you’ll receive a jammy discount, if you’ve loads of mates there’s group discounts too. We’re kind of not sure what’s stopping you.

The UK is truly supportive of our own scene, yes we enjoy a bit of the transatlantic but Azealia Banks needs to take Stormzy’s advice and shut up. It was “Konnichiwa” from Skepta in 2015 and this year Kano will be flying the flag for Britain. With his fourth released album ‘Made In The Manor’ that takes listeners on a journey of East End observation and postcode inspiration, we can’t wait to unite in our british heritage but at the same time celebrate the masses of culture that seep into the atmosphere. Please note you’ll probably leave having made at least 10 new friends. Standard.

This Is England- Kano

They said it themselves, that Birthday’s are important at Strawberries & Creem so why would you want to miss out on celebrating being another year wiser? Hmm if you’re not into celebrating getting older at least relish those perks, especially if you’re birthday is Saturday 11th June or a few days either side. Drop an email to info@strawberriesandcreem.com to see what surprises they have in store for you.

If all of these reasons weren’t enough, we’re also giving one lucky reader the chance to win 2 x VIP tickets. All you have to do is follow @Flavourmag & @SandCFestival and share this article on twitter.

Winner will be chosen at random on the 1st June, so be sure to follow us so that we can direct message you.