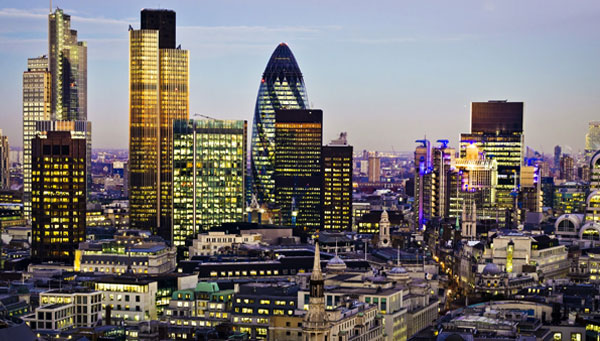 There are plenty of reasons that many young people who live outside the capital would love to add their numbers to the 8 million-plus present inhabitants. The third largest city in Europe (behind Istanbul and Moscow) is a sprawling, never-ending cocktail of world-class architecture, cultural experiences, sporting occasions and restaurants.

But for all the glamour, many people can spend a few hours in the city and no more before a crushing headache, weariness of the hustle and bustle, and a yearning for fields and hills. So for those of you who live in London here are 10 reasons to bail out now:

Samuel Johnson’s full quote is actually: “When a man is tired of London, he is tired of life; for there is in London all that life can afford”. What irony then, that most people can’t actually afford a pint there, let alone life. For evidence, examine the recently-highlighted £650-a-month flat so tiny that the tenant can cook from their own bed – luxurious.

The average price of a terraced house, according to Rightmove, is nearly £600,000. Good luck with finding that deposit.

London is frantic and febrile and full. Stress levels and heartbeats rise, the volume accumulates, cars and bikes and scooters and buses zip in and out of roads and passageways and paths, underground trains roar past at speed…it’s a constant social and mechanical turmoil.

The tumult is probably best visualised in this work from James Cheshire and Oliver Uberti. The Information Capital details 100 different ways of imagining the city – lay them all on top of each other to see how non-Londoners view it.

Brits spend up to six months of their lives queuing and it’s horrible. London is the epicentre of queuing, where even a late night trip to a fast food restaurant can see the starving drinker join the back of a 30-strong convoy.

Trying to enter certain shops resembles fighting chickens in a battery farm. This writer once attempted to enter the London Aquarium on Valentine’s Day with a pre-paid, VIP ticket – glaciers moved more quickly.

For some people the interconnected, cash-free transport system of London is a beautifully clever operation. For others it’s a wrestling ring of barging and rudeness, where mobile phones get broken and handbags get stolen, and they emerge bursting from the darkness, spluttering like animals released from a cellar cage.

And as for driving and parking….Hell on Earth. Don’t.

Other opportunities for culture…

London is exciting, but other parts of Britain are just as effervescent in different ways. There are wonderful locations across the UK for living and learning, such as the glorious Wolds and national parks, and cities and towns steeped in history such as Chester, York, Newcastle, and many others.

The abundance of jobs in the capital is wide-ranging, but such is the cost of living that any well-paid job is somewhat compromised. Our advice, if you have to work in London, is to try living somewhere near enough to commute.

Better yet, investigate the Silicon Fen and growing cities such as Cambridge and Peterborough, replete with both exciting start-up companies and established employers such as BGL Group – find out more about careers with the latter here.

Sad to say, but London was a target for the IRA in the 80s and for extremists in 2005 – and it could happen again.

No-one is saying that it will definitely happen, or that it will occur soon, but it’s probably more likely to suffer than other parts of the UK. Oxford Street, visited by 5 million people a week, could be the site of the next attack according to the Express.

Is it any surprise that in such a busy metropolis with such an obvious disparity between the haves and the have-nots that crime is such an issue in the city? According to figures released in January 2015 violent crime surged by 22 per cent in a year, with the borough of Haringey experiencing an horrific rise of 38 per cent. In all, 32,000 more violent crimes were committed in the capital – a terrifying thought.

The Brits love complaining about building work but nowhere is it more keenly felt than London.

Such is the demand for property and business premises that nothing ever seems to finish, and even when a project does conclude more scaffolding and signs rise from the ground elsewhere quicker than you can say ‘traffic delays’. Meanwhile other historic buildings, such as these 17th Century terrace homes, are brought crashing to the ground in the name of modernisation.

According to data ‘coughed up’ from a Freedom of Information act request the top 50 worst polluted areas of Britain are found in London.

The Evening Standard reported that in Marylebone Street the EU limit for Nitrogen Dioxide is regularly shattered in five places. This is a gas that has been linked to asthma and other respiratory problems, so it might be time to take a deep breath, so to speak, and look for fresher air.