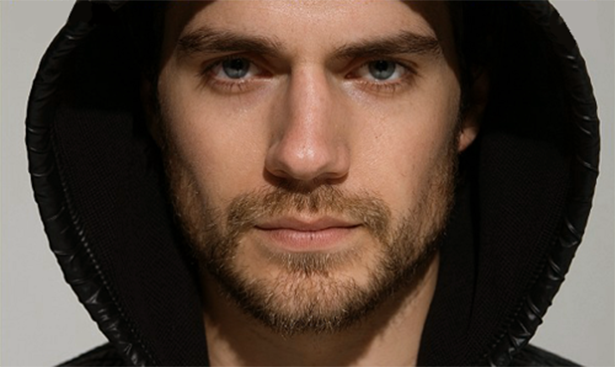 Henry Cavill may be known as the new Superman, and with his starring role in the upcoming remake of The Man from U.N.C.L.E, which is out in cinemas on the 14th of August, we wanted to take a deeper look at Cavill’s career to date.

In fact, Cavill is by no means a new face, whilst his career seems to be in soaring mode right now his acting credits can be traced as far back as 2001. Born in Jersey, this British actor first got the acting bug when starring in Midsummer Night’s Dream and Grease as a child at school. He was discovered at the age of 17 by casting directors for the film The Count of Monte Cristo back in 2002. It’s safe to say his career has gone from strength to strength to strength ever since.  We put this down to his acting ability, but his piercing blue eyes, chiselled good looks and extremely toned physic sure do play a major part in his ever increasing popularity.

So why not check out our list of 10 reasons to love Henry Cavill where we have chosen a number of his most notable films. Why not get to know the exact extent of his acting career.

Tristan and Isolde is an epic romantic drama based on the medieval romantic legend of Tristan and Isolde telling the story of An affair between the second in line to Britain’s throne (James Franco) and the princess of the feuding Irish (Sophia Myles) spells doom for the young lovers. This also stars Rufus Sewell. Playing the part of Melot, the brother of Tristan, This film is when I actually first discovered this fine specimen of a man, whilst I instantly fall in love here it was a great introduction. In a countryside town bordering on a magical land, a young man makes a promise to his beloved that he’ll retrieve a fallen star by venturing into the magical realm. Starring alongside the likes of Michelle Pfeiffer, Robert De Niro, Mark Strong and many other A-List names here, Cavill only has a small part as arrogant lover Humphrey. We aren’t quite sure he can pull off the Blonde wig but he is so lush we can forgive him. This is the TV series where I finally fell for this man hook, line and sinker. The Tudors ran over four seasons focusing on the life of British Monarch Henry Tudor (Jonathan Rhys Myers) as a young man all the way through to his death. Cavill played Charles Brandon, Henry the 8th best friend and a most loyal servant who never left his side throughout his reign. Cavill can be seen sporting a skin head in the first season but by the end he has long(ish) hair and a beard but still looks damn sexy with it. The first series was very sexually charged and saw Cavill bed a number of women. If you’re not familiar the first season alone is worth the watch. This is the point from where Cavill started to lead those big-time roles.

Immortals wasn’t a great film we have to admit, we see Cavill in yet another period piece playing Theseus, a mortal man chosen by Zeus to lead the fight against the ruthless King Hyperion, who is on a rampage across Greece to obtain a weapon that can destroy humanity.

This film is worth watching for the fact that Cavill parades around half naked for most of it, who cares what the film was about when you’ve got a body like his to drool over right?

The Cold Light of Day Starring alongside Bruce Willis and Sigourney Weaver can never do your career any harm really, Playing Will, the son of the above he is forced to save his family after they are kidnapped during their sailing trip in Spain, from intelligence agents looking to recover a mysterious briefcase. We couldn’t think of anyone better to play the man in the red cape, Superman. This re-hash of Superman may be darker than the originals, but that’s how it’s supposed to be.

Cavill certainly brings a certain air of brooding that only the British can deliver so well. That chiselled jaw line just oozes the original comic book character. Cavill certainly landed onto a winner with this role and we think it should be his for life.

The Man from U.N.C.L.E. was originally a 60’s cult spy TV drama. At the height of the Cold War, a mysterious criminal organization plans to use nuclear weapons and technology to upset the fragile balance of power between the United States and the Soviet Union. CIA agent Napoleon Solo (Henry Cavill) and KGB agent Illya Kuryakin (Armie Hammer) are forced to put aside their hostilities and work together to stop the evildoers in their tracks. The duo’s only lead is the daughter of a missing German scientist, whom they must find soon to prevent a global catastrophe.

Cavill again brings that air of the British stiff upper lip so well to this role and delivers some great comedic lines to boot. Plus seeing this man in a suit is enough to make any girl swoon. Cavill again reprises his role as Superman in Batman V Superman: Dawn of Justice which is due for release next year. Having this man play a superhero certainly draws in a whole new audience.

We can’t wait to see him go face to face with Ben Affleck as Batman. I know who I want my winner to be. As I mentioned previously, Superman is Cavill’s role for life and seeing him take on this role in a further two films only cement that in stone. Here we see him team up again with Affleck alongside Gal Gadot and Amy Adams as Lois Lane. We think he should permanently live in that superman suit.

He’s the all round perfect man.

What more can we add to this piece? Henry Cavill is very much an advocate for the amount of talent the British have to offer on and off the screen. He has taken the states by storm in his roles as their beloved Superman and only thrives. His classic good looks ooze everything  of a perfect man too. Dreamy blue eyes, dark hair, a chiselled jaw and a body any woman would love to get their hands on. Henry Cavill is a winner.