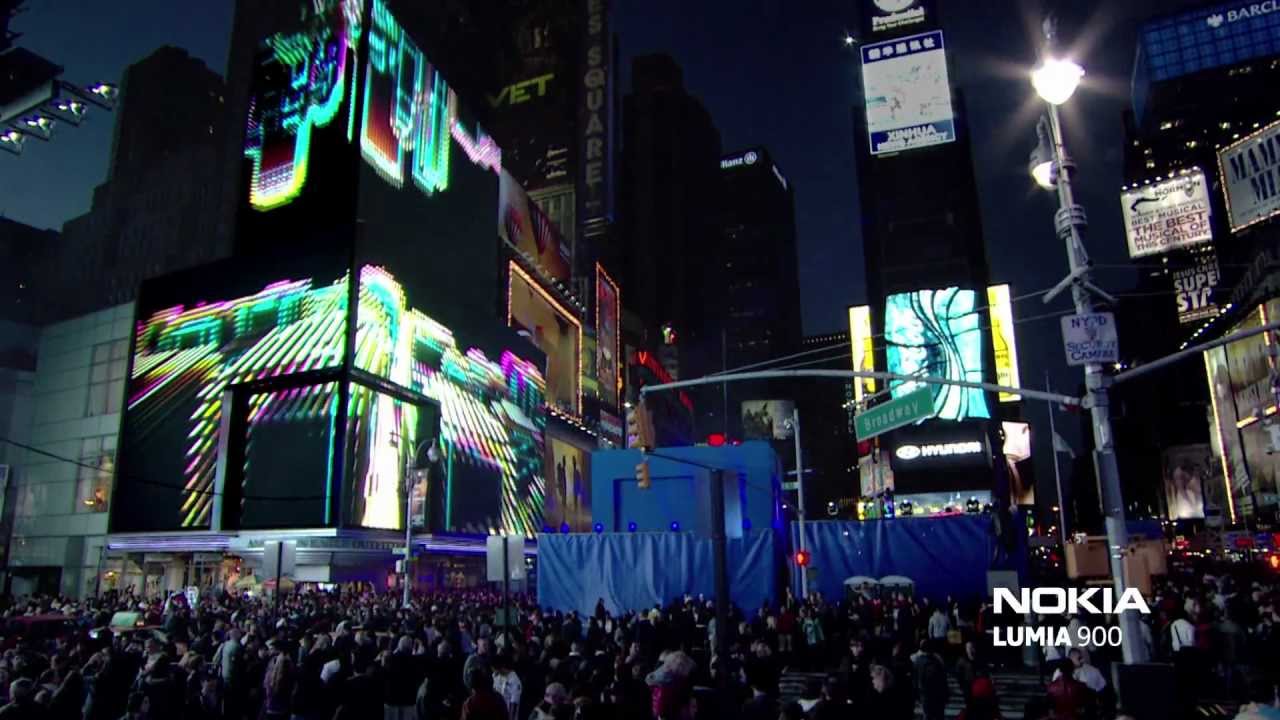 On Friday 6th April, Nokia brought Times Square to a standstill with the help from the one, the only, Nicki Minaj. 30,000 people watched as watched one of the biggest electronic take-overs of the iconic New York landmark for the launch of the Nokia Lumia 900. Ms Minaj was centered on a stage that had been erected in the middle of the square, where she performed a Nokia Lumia remix of her smash hit ‘Starships’ and ‘Superbass’. To mark her ground breaking performance and total world domination, we have created a list marking why we love the fabulous Ms Nicki Minaj. She’s different: No matter how hard you try, you can’t really put her into a defined category because at the end of the day she is different and she is Nicki Minaj.

She has a new album: Her second studio album, Pink Friday: Roman Reloaded was released on April 3, 2012, knocking musical heavyweight Madonna’s twelfth studio album MDNA off the top of the Official Albums Chart.

She’s coming to the UK in June and July: Yep that’s right, the UK is being treated to a Nicki Minaj invasion this summer. She visits UK on 24-25 June at Hammersmith Apollo, 26 June at NIA Birmingham, June 28 at Manchester Apollo, July 7 at Wireless Festival London, July 8 at T In The Park Balado, August 18 at V Festival Hylands Park and Weston Park.

Her hair: Pink, green, rainbow, black, blond, long, short, curly, straight, Minaj has had them all.

Her style: Minaj’s style is an entity in itself. One day she looks like a Barbie, the next she looks like Mother Theresa. The rapper’s never ending looks change regularly, which always keeps us on our toes. She stays true to herself and has fun, which in itself is what fashion is truly about, staying true to yourself.

She has alter egos: So it’s not just Nicki Minaj, there is also Harajuku Barbie, Nicki Teresa, Rosa, Roman Zolanski and Martha Zolanski, but I’m sure there is more. You can hear these egos throughout her songs, but this truly benefits everyone because it means there is more of her to go around. She is a triple threat: She can rap, sing and now she can act. She will voice Hailey, a woolly mammoth in the fourth upcoming Ice Age movie, Ice Age: Continental Drift.

She knows a lot of people: Minaj is known as the artist who is everywhere at the moment, releasing and featuring on lots of different songs. This means that she knows a lot people and has lots of connections, which is always handy.  Lil Wayne, Drake, Kanye West, Rihanna, Jay Z and Jay Sean are only some of her musically talented friends.

She keeps breaking records and barriers: She became the first female solo artist to have seven singles on the Billboard Hot 100 at the same time and she is the highest-charting solo female rapper in UK chart history. Minaj has no limits.

She is a rising star: Since she stepped on the scene in 2007 with her first mix tape, she has always kept people interested. We knew she was destined for greatness, from the first time we heard Bedrock and she hasn’t disappointed us yet.  Everyone can’t wait to see what she wears, features on, releases and does next, and so can’t we.

As Minaj takes each day at a time, her success is only proof that we have more to see from her. Right now, Nicki Minaj is not going anywhere.