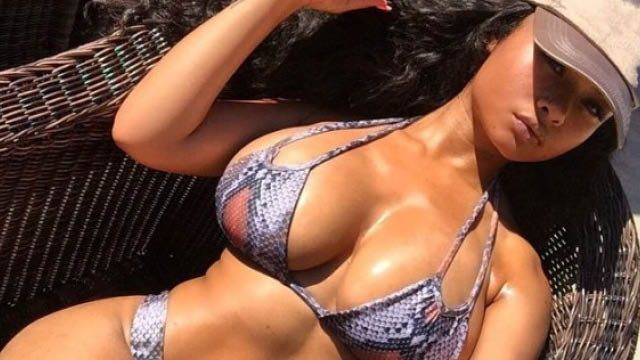 The Westbrooks and India Westbrooks are waving the flag when it comes to social media takeovers, she might be young but don’t let that fool you. Last week the Westbrooks sisters hit the UK screens, famous for their social media following, we got to delve into their everyday lives which although seem far from normal, shows them to be extremely grounded and exceptionally family orientated. Criticised relentlessly for how people perceive and believe them to be, the nearly twenty and twenty- something sisters are showing there is more than meets the eye. This week we’ll be focusing on India Westbrooks, the youngest of the sisters, it might be surprising to learn that she’s well respected by her family and not the self important person people assume. She keeps it real with her siblings and speaks words of wisdom. It could be that she’s had a lot happen to her from a young age or perhaps she’s learnt some life lessons from her elders, either way she speaks sense and logic. To initially delve into India Westbrooks Instagram, you could be forgiven for thinking the 19 year old is one sassy sister, making people envious with her lavish life but she’s had a lot to contend with as throughout her teens she was tirelessly picked on for her looks and her confidence. At the end of the day, it is India’s job to pose and preen herself, with her revealing that people judge her as being cocky due to the large volume of pictures posted on her account. You’ve got to hand it to the young model as she is strongly involved with anti bullying campaigns, having suffered and still suffering from the online haters and trolls that slate her daily. Her involvement with these projects such as #BeYou just shows she’s not about holding onto grudges and she always puts others before herself, admitting that back in the day she would self harm because she saw that as her only release. It just goes to show that we’re all fighting a battle nobody knows about. India receives the most attention and was once dating rapper The Game which kind of feeds into her Hip Hop Honey illusion but although she might look like she has resting bitch face (a serious term we’ll have you know,) she’s a really bright and inspiring person, and just like any young girl she loves to kick it with her friends, you could count shopping as one of her favourite past times and she adores switching up her style from glamour puss to bad a** chick in sportswear. You may have had her pegged as a diva but you couldn’t be any further from the truth.. 1. She called it Puppy love

She is obsessed with her doggy Bronxie who you have to admit looks super cute dressed up in outfits that most of us would be intagramming.

2. Workouts fill her with dread

India has an enviable body and although she was blessed she still works hard to maintain it, looks like she’s no different to many of us gym bunnies. We broke a sweat just remembering our last workout was a week ago. Shame on us.

Always switching the look up, India looks fierce with red locks. If The Little Mermaid was real, we’ve a feeling Ariel would be saluting the 19 year old.

4. She stands up to bullies

A warrior princess when it comes to teaching self worth and speaking up about bullying. India was involved in the #BeYou project, teaching young people to look after themselves and love themselves in a world of cyber and off- line bullying.

5. She adores playing dress up

And so her Jessica Rabbit outfit was EVERYTHING last Halloween. She was also in good company , as model Heidi Klum also modelled the same foxy look but we know which look we preferred (India’s natural beauty conquered over Klum’s numerous hours of facial sculpting.)

6. She a sneaker fiend

She’s like a kid at Christmas when she get’s a new pair, and they’re always something to shout out with their graphic prints, colour clash tones and individuality. This girl works her sneakers harder than she works heels.

It’s easy to forget that India is only 19 years old, so with the attention she’s receiving it’s nice to see that behind those fierce and sexy pictures, she’s still a playful young girl, a daughter, a sister and that she’s not serious all the time.

8. The epitome of a Hip Hop Honey

India has some serious game when it comes to posing, she basically looks like a bad b*tch, pulling off every single high slit dress and cleavage flashing neck line in sight. She’s also the person her sisters’ come to when they’re out making Kodak moments whilst they shop and model. Multi tasking at its very best!

One of India’s signature poses shows her flipping the finger, she’s not doing this in the sense that she thinks her shhhh don’t stink but she’s had to put up with a lot of bitching and a lot of negativity directed her way. This tattoo simply says what every middle finger pose means.

I don’t even want to know how many snapchat followers she’s amassed but if her instagram is anything to go by, well then it seems we’re just obsessed with snapchat as she is.