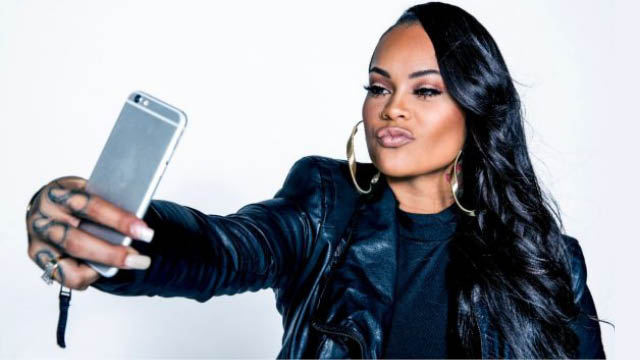 As each week passes we’re undoubtedly becoming obsessed with BET’s newest female bosses. The five siblings are evidently raising their Instagram following with every passing moment- could it be their entrepreneurial ways? Their complicated relationships or their obvious sisterly love? We’ve a feeling it’s definitely all three reasons and more thrown in.

Last week saw the close knit family taking time to support a basketball game but tensions arose between Brooke’s father and her partner, a continuous drama. Morgan organises a birthday boat party but when her and Brooke have a misunderstanding, it’s touch and go whether Brooke will turn up. Talking of turning up, Bree is hesitant to show face at her boyfriend’s club night- if she ain’t going then the sisters ain’t either. Crystal Westbrooks gets let down when India Westbrooks sets her up on a date and the two sisters decide their management needs aren’t being met. This week we introduce you to second oldest sister Morgan and if you were to judge a book by it’s cover, you might think you wouldn’t want to mess with her, and to a point you’d be correct but to a point you’ve got it sooooo wrong. Morgan has this raspy voice and you can often find her riding dirty with her biker fam, she’s got a need for speed but she’s got this soft side and has her sister’s backs. She speaks what’s on her mind and sometimes that causes friction but she’s simply an honest woman, with the biggest heart.

Check out Morgan’s Instagram for gym inspiration and fashion flair, she might not come across as a girly girl but she definitely puts her mark on outfits. Her outfits stand out but something more blazingly obvious are the tattoos that adorn her body and girls been working hard on that body of hers, with non stop personal training sessions, Morgan keeps herself busy. The life and soul at parties, you can also find her behind the mic as a master of the ceremony.

Everybody knows Morgan as the biker chick. Catch her mean mugging on her baby (that’s her bike by the way) not just because she loves how it feels but because it makes any problems she may be having, float away.

2. She’s the most tatted Westbrooks

To have the instagram @MommyIsTattedd and not have many tattoos would be a bit of a disappointment. Morgan leads the way with god knows how many tatts, covering her stomach, thighs, arms, chest, ankles, hands, neck..and that’s what you can see. Blimey, she’s basically covered.

Morgan is hella proud of her roots and doesn’t sugar coat where she was born and raised. She frequently bigs up her home turf.

Her love and faith in God is remarkable and when she’s feeling low she’ll seek his guidance. Even if you’re not religious, it’s touching to see and if anything shows her promoting positivity and gratitude.

Her apple bottom puts people to shame and she really works hard to maintain it. We had no idea that Morgan was larger in the past, so well done for your transformation baby girl. Like her sisters, she proves that fuller figured women can be fit and healthy.

You can tell she cares deeply about her sisters and will post pictures to her instagram to let them know that she’s thinking of them when they’re away from home, as well as to congratulate them on their road to success.

So obviously we know that Morgan is a big biking fanatic, something that people would reserve for guys. Things is you’ll catch her hanging out with her homies and they’re usually blokes. She has her girly side but she’s a bit of a tomboy and enjoys some rough play. She gets the best of both worlds.

It’s taken a while for Morgan to get her confidence when it comes to rapping but it’s something that’s always been apart of her life. She released ‘Dream On’ featuring Kash back in December (available on iTunes now)

9. She’s single and ready to mingle

Single life is the easy life if you’ve been following the Westbrooks sister, so you can catch Morgan out and about enjoying the life but like any single, she can’t help but post little musings about the perfect relationships/ the plus side of being single.

Her style is so fly you could have picked her out of a 90’s copy of XXL magazine. She works double denims, bright leathers, baggy trousers and crop tops, mixed with bandana’s and an array of sunglasses and hats.

Now press that follow button for Morgan Westbrooks at @Mommyistattedd.