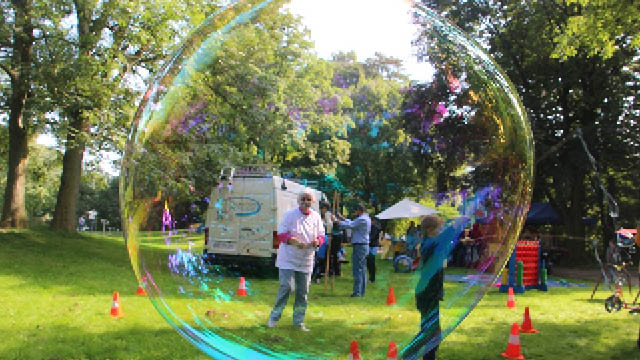 Do you have the task of holding a party for children? Whether you’ve been handed this task as part of routine employment spent looking after kids, or you’ve decided to give your own child and their little friends a big treat, here are 10 simple but reliable tips for ensuring that the party goes down a storm.

Decide on a theme. What do the intended guests enjoy? You could build the party around a theme – examples could include the Disney film Frozen, cowboys, or messy play.

Choose the venue carefully. If you’ll only be inviting around, say, two to five people, a small room could suffice. Any more guests than this, and you should consider booking a hall.

Make and send out the invites. Each of these can include a picture of your own child, if they will attend – or, if they are the unassuming type, a popular cartoon character instead. Prepare the party food. Especially easy at this stage would be preparing a big plate of finger food for buffet eating. Netmums offers recipes for particularly tasty food you could include.

Bake a delicious cake. This follows on from the above point. A big, tasty-looking cake can prove the centrepiece of the event. However, also be wary of potentially trying too hard; a simple, chocolate-coated Victoria sponge could do the job perfectly well.

Book some suitable entertainment. Of course, babies are likely to keep themselves plenty amused – but older kids could benefit from something extra to be amused by, like a magician or eccentric balloon modelling. Prepare accordingly.

Arrange some party games. Whether it’s traditional party games like Pass the Parcel, or board games like Monopoly, a good set of games is bound to go down well.

Prepare some party bags. Don’t fret, you don’t have to spend a fortune on these. They will be especially appreciated by older children. Believe it or not, an especially good place to buy inexpensive supplies for party bags is IKEA – even Netmums says so!

Use a checklist to make sure you haven’t forgotten anything. There can be so much to organise that this is a wise step when nearing the end of your party preparation.

At the party itself… have fun! An obvious point, surely? But it bears repeating. Make sure that you, not just the children, can have fun on the day. Seeing you having fun will make the little ones happier.