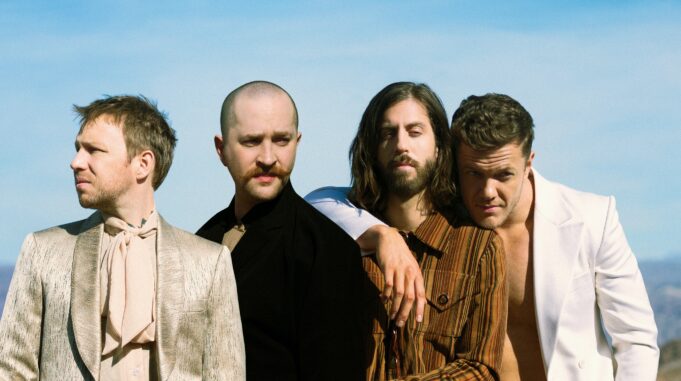 Over at Flavourmag, we’re obsessed with introducing you to the best new music. We’ve rounded up 10 tracks that you need to hear ASAP

Rising Irish four-piece Wild Youth are back with their addicting new single ‘Can’t Say No‘.  We’ve all had an unfaithful partner at some point and this track perfectly captures how we all feel.

LA-based artist The Blossom (Lily Lizotte) releases empowering new track ‘SHAPESHIFTER‘.  Sometimes we just need to be reminded that we’re not worthless and we should celebrate ourselves for who we truly are.

If I Didn’t Have You

‘If I Didn’t Have You‘ is about taking someone for granted and not appreciating what’s right in front of you. With honest lyrics and sweet vocals, BANNERS captures this perfectly.

Talking about the track, Matt tells us “It’s a happy song, which is a nice change for me! What I like about it is that everyone seems to have a different interpretation. For me, the chorus is about wanting to be with someone who isn’t afraid to be open about loving you, but for a few other people, it’s been about being able to go and see the people you love again, in the daylight”.

Talking about the track, Ellise tells us “I just love dramatising little everyday feelings in life, so this is my big dramatic ‘I have a crush on you’ song. The day I made it, I felt like I had a breakthrough with how I make music. It was so different from anything I had made before, and it really pushed me to keep challenging myself throughout the making of the rest of my album.

Meet CLOVES aka Kaity Dunstan.  After moving to London at the age of 18, she introduced herself as CLOVES stating “As a very introverted person creating somewhat of a persona for myself felt like the most free way to fully express myself without my tendency to over-analyze myself kicking in, it felt safe.”

Having previously performed at major festivals including Coachella and Lollapalooza, CLOVES is definitely one to watch.

Multi-instrumentalist pop sensation Emily Vu has shared her new track ‘LILA‘.  Talking about the track, Emily tells us “‘LILA’ is a song about the expectations and reality of being in LA. I specifically wrote about how love in LA basically seems impossible with all these distractions, but in general, the song is meant to portray how distracting LA can be, and how anyone can get caught up in the lifestyle”.

If you like tracks with R&B rhythms and sweet lyrics then this is the track for you.

With 40 million albums and 50 million songs sold globally, as well as 60 billion combined streams, Imagine Dragons were the best-selling rock band of the 2010s, even as they were busy reinventing the genre.

‘Follow You‘ is their new track since their 2018 album Origins. Is anybody else looking forward to a new Imagine Dragons era? we know we are.

Indie band junodream are back with their new track ‘Travel Guide‘

Talking about the track, the band tells us: “‘Travel Guide’ explores the concept of holiday escapism and destructive tourism. For a short while, you live a fantasy where your problems melt away. But when you travel, you discover that your expectations are unrealistic: the beaches and the resorts aren’t quite the treasure island you had imagined. It’s fundamentally a sad concept. You’re so far from home, but you still can’t escape your problems.”

Multi-Platinum, American trio SHAED has announced the title and release date for their highly anticipated debut album ‘High Dive’ – out May 14th

Talking about their collaboration, Two Feet tells us “SHAED sent me this song and I loved it. The production and songwriting caught my ear right away. That same day I sang my part on it and sent it back over. They’re all super talented and easy to work with and this song came together quickly like a charm.”