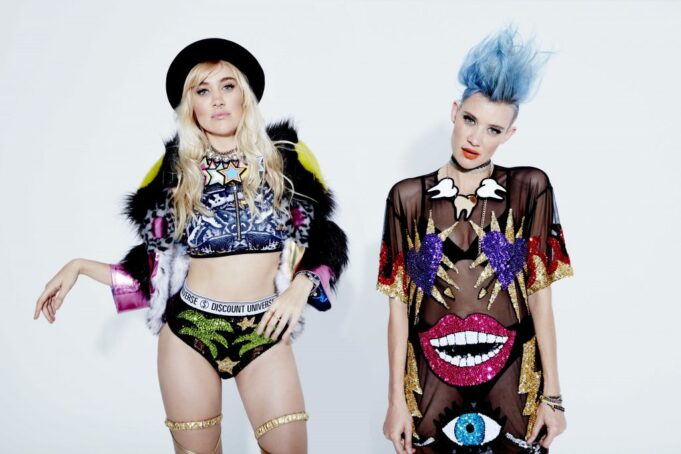 As we head out of lockdown and into May, here are some of our favourite releases from April.

Sit back, relax, put your headphones on and listen to the best releases. This weeks round-up includes Nervo, Paris Hilton, Boy Destroy, easy life and many more.

After solidifying his unique identity within alternative music with a trailblazing approach to the genre, Swedish singer Boy Destroy quickly secured support from BBC Radio 1’s Jack Saunders. Now back with his debut EP ‘Warpaint’, Boy Destroy showcases his genre-bending prowess; influenced by 90s alternative rock which soundtracked his teens.

Talking about her new EP, Becky CJ tells us: “Writing Woman was therapeutic for me. Creating all 4 songs acted as mini therapy sessions as I came to terms with falling in love with my best friend and moving forward in our relationship. In the title track ‘Woman’ I sing about the many facets of being a woman; being a daughter, being a lover and being an explorer. Women are so beautifully complex and I am so closely bound to the women in my life, this song celebrates them all. Overall, the EP is the end of a chapter for me. I have got to know myself inside out over the last 2 years whilst writing and completing these songs and feel I have been truly honest and open in my songwriting for the first time.”.

Having quickly built a reputation for the emotional impact of their songwriting and that strength is magnified within the brand new video for their track ‘Here For You’.

Talking about the track, the band said: “The video for ‘Here For You’ was shot in Thailand in a unique isolated community of people from all over the world. The visual storyline complements and doubles down on the sentiment of the song. It shows a young woman going through loss, and how in our darkest moments when we feel most alone, the people closest to us are still there.”

The young fast-rising rapper, singer and songwriter is on a mission with her new offering ‘Vain’ to try and make people feel good about themselves and boost their egos.

Liverpudlian five-piece drop brand-new indie-anthem ‘Phone Me Back‘ With funked-up drums and punky guitars, ‘Phone Me Back’ gives you a glimpse into Seprona’s soulful sonic sound journey of rock horns and hip-shaking indie riffs.

Talking about the track, the band tells us: “The song is written about someone getting drunk and ended up arguing with someone they like over something stupid. So, they stormed off in a mood and how they are struggling to deal with all the mixed feelings that would go along with that situation. They regret it almost immediately as soon as they calm down a little bit but they’ve already left so they’re constantly phoning the person to apologise but they aren’t answering”.

After slingshotting from LA to France and finally ending up back in London, LAUREL had a pretty impressive 2020 with her shimmering track ‘Scream Drive Faster’, which pulled in a huge six million (and counting) Spotify streams, reintroducing the singer-songwriter with a shimmering new sound and sharp aesthetic.

Now back with her latest offering, LAUREL tells us: “You’re The One evokes a teenage honesty that no matter our age will always be within us, ready to erupt in a moment of lust. It speaks to all of our addictions and crutches. Our ‘true loves’ in moments of necessity. When people, drugs, alcohol, sex, and ideologies become that one thing that could save us, or that we can take refuge in temporarily from our human pain. In those sober moments it is quite understandably transparent and far too intense for the depth of the relationship, leaving us feeling out of control however in the moment we are totally fixated by each of our own ‘the one’s.”

The track is packed full of innuendos and the wildly fun video is not to be missed.

Multi-platinum-selling duo Surfaces – comprised of Forrest Frank and Colin Padalecki – are back with their latest earworm ‘Wave Of You’.  The track explores the feeling of falling for someone and realizing what they mean to you.

easy life drop brand-new single ‘skeletons’, ahead of the release of their hugely-anticipated debut album ‘life’s a beach’ – out June 4th

Talking about the track, frontman Murray tells us” “skeletons’ plays with the idea of a slightly mysterious and potentially terrifying past. Everyone has baggage and everyone has skeletons. Falling head over heels with somebody who may be bad news, we’ve all been there.”

Talking about their new track, Vocalist Natti Shiner tells us “‘Cosmic Coming of Age’ is about that transitional period in life where everything seems to fall apart, a kind of quarter-life crisis. One moment you have everything together, the next it feels like you have to start life from scratch. In horoscope astrology, this is seen as the time of reaching full adulthood, and man does the universe make you work for it!  This song is full of lyrical visuals and is best heard on your car stereo, driving into a sunset.”