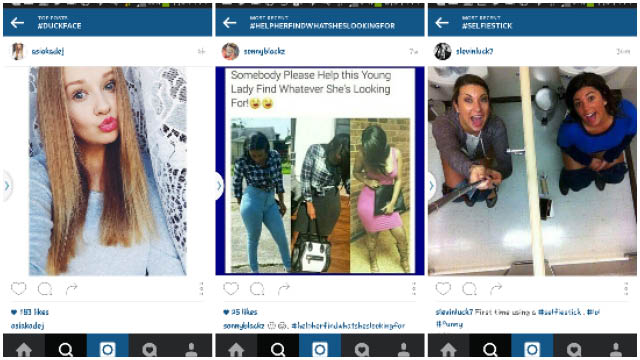 Your eyes roll harder than the Pillsbury Doughboy Straight Outta Compton. Gooey bits of last night’s dinner resurface in your mouth as your hold back the urge to vomit.

You kiss your teeth so tough that dental floss no longer has a purpose in your life. What could cause such reactions you may ask? What else, other than you’re scrolling through social media! And God forbid, you’re scrolling whilst during your morning bathroom “ritual”. Then you’ll find that your sphincter also has an opinion or two on the Tom foolery your flipping through (shouldn’t have had that rum n’ raisin last night).

You see, the thing is, you know what is and you know what isn’t. You may dwell in social media often, but you DO live in the real world. And because of that, you are able to compare one with the other and, for the most part, pick out the “foh’s”. And so, for your bathroom time’s pleasure,  we present to you:

9. If on Facebook you go on about how you love to be at home, reading and being quiet, but on Instagram every weekend picture involves bottles and bars, you’re trying too hard.

8. If you have got 3 Instagrams, 2 Facebooks, and 5 Twitter accounts…, your trying too hard.

7. If every picture of you looks like you have dropped something you’re subtly trying to look for, you’re trying too hard.

6. If you spend no less than 2 hours trying to find the perfect meme to repost, then you’re trying too hard.

5. If you’re constantly found walking around with a fully extended selfie stick, you’re trying too hard.

4. If your whole caption consists of more then 20 hashtags, you’re trying too hard.

3. If your posts typically picture you as “cool”, “down-to-earth”, and “loveable” but you only respond to negative comments on your feed. Then you’re trying too hard.

2. If you have been let go from employment because of something you’ve post online before, you’re trying too hard.

1. If hashtags #fitlife, #fitchick, #gymislife, #dyel, #foodie, #henny, #bottles, and #hangover all show on your feed within a span of two weeks, you’re trying too hard.

Also, keep in mind, if anything on this list stung a little bit, then… you get the idea.