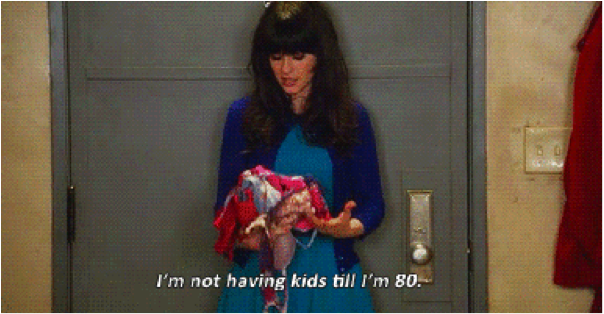 I don’t have a child, but it’s hard not to notice them around. They seem to be everywhere! I am not really a child-friendly adult, quite frankly I am not into the whole talking babyish when you see a baby, nor do I feel comfortable holding a newborn. Don’t get me wrong, I love children, I think I am one of those people that would just love my own child. But I also just like the part where they are old enough to chat to me.

I do however; love to listen to children talking when out in public. I was once on the bus to Camden during peak hour, there weren’t many seats left. So this father had asked his daughter to sit on his lap, the daughter then responded with ‘I thought it’s not good to sit on people’s lap.” To which her father responded “It’s ok if it’s daddies.” That literally cracked me up. So I took to the internet to see what other parents have experience on their regular run to the supermarket. I have a two-year-old son; he’s still getting to grips with his pronunciation. ‘Blueberries’ (still) comes out as ‘boobies.’

I was in the fruit and vegetable aisle with him and he points and says “Boobies? Yum, soon,” just as a particularly well endowed woman was walking by. She scowled at me and I had to bow my head in shame.

2. “But I love vodka!” Charles Schoenfeld

This was in a liquor store rather than a supermarket. I had stopped in for a bottle of wine to give to the hosts of a party. While I was selecting an appropriate bottle, my daughter (who had just turned four) picked up an especially pretty bottle of vodka, covered in little square blue mirrors. Blue is her favourite colour. She danced around holding the bottle until I was done making my purchase.

I left the cashier and told her, “It’s time to go; you can put that back on the shelf now.”

She replied, in a happy, chirpy voice loud enough for the whole store to hear, “But I love vodka!”

A few years ago, my dad was shopping at a store and a little Caucasian boy ran up to him and shouted, “Look, mummy, it’s Jackie Chan!”

His mother went up to my dad and apologised. “I’m terribly sorry, sir. He says that to every Asian man he sees.”

About 22 years ago my sister was standing in line at the bank with my beautiful niece who was about 3 or 4 at the time. Little Emily was standing in front of my sister and in front of Emily was a man. All of a sudden Emily announced in that loud way little kids do, “Mummy, that mans bottom just burped”. My sister was mortified and began attempting to shut her child up, the man immediately left the queue as something terribly important had obviously just come to mind and the bank remained quiet as my niece argued the veracity of her statement. We still laugh about that to this day and prefer bottom burp to fart.

5.“I saw mummy and daddy having sex” Shandra Daniels

I was in Target shopping with my daughter, who was around 5 at the time and would often make up spontaneous songs. This particular time she began to chant in a sing-song voice “I saw mommy and daddy having sex.” I’m mortified; other shoppers are staring as if I just blew the biggest fart. Trying to explain to strangers that I don’t have sex in front of my child is not going work.

So I ask her in a conversational tone, but a tad louder, “What is having sex?” She says to my relief “When daddy kisses mommy on her head.” I reply, “What else?” “That’s all” she says. That’s my husband’s goodbye to me each morning. I felt so vindicated and looked slightly smug at those judgemental looks.

6. “Mummy has hair down there” Shelley Hamlin.

I was waiting in line with my daughter.  She must have been 4 or so at the time.  It was very quiet and we were waiting on the 2 or 3 people ahead of us. All of a sudden, my daughter announces, to no one in particular; “My Mummy has hair down there!”

The other patrons looked at both of us.  I was horrified, but, what can you do? I just said, “Yes, honey, I do.  Now, let’s talk about something else.” and I changed the subject.

I will never forget it, my son was two-years-old and his father, who was my husband at the time, would fart and then playfully blame my son for it. They would laugh and have fun with that. I know. I didn’t get how that was amusing but, okay… One day, as I was at the register of a supermarket, there was a long line behind me too. My son farted very loudly, I thought louder than usual. Then he yelled, just as loudly: “Mummy, you farted!” I seriously didn’t know what to say or do. People just started laughing, and I was preoccupied, telling them it wasn’t true. I just wanted to disappear!

I had recently watched the movie ‘Willow’ with my daughter when she was about 3 years old. We went to the store, and I was busily going through racks of clearance merchandise, with my daughter in the cart chattering away. I remember some children were running amok through the section and I was sort of tuning them out as I shopped. Out of nowhere, my daughter says, “Hey mummy, remember in Willow, how some people were widgets”

“No, not widget… m-m- midgets, midgets. And yeah, what about them”? I replied, only half paying attention.

“Well, why are they so small” she said.

I opened my mouth to answer when suddenly I heard a woman’s voice off to the side say, “Well, honey, sometimes our bodies don’t grow the same way everyone else’s bodies grow.”

I look over and there is a dwarf person talking to my child. She was there the entire time. I felt like such an ass.

9. “The lady has got spots all over her face” Mat Jackson

Too busy to listen to my little Emily one day in the supermarket cost me dear. I was piling the goods up on the checkout conveyor when I became aware of her whispering something to me, but I was too busy/distracted to bend down and listen, instead, I said, ‘Speak up honey, I can’t hear you.’

She repeated her whisper and looked down sheepishly at which point I decided to parent correctly (Oh how quickly we learn!) and picked her up, saying, ‘Sweetheart if you have something to say, you must say it our loudly so daddy can hear.’

“The lady has spots all over her face.” Emily shouted proudly.

She did, badly. I had to complete my purchase in embarrassed silence.

My daughter has an active imagination and when playing at home we often pretend to be different things and her favourite at the time was to crawl around and ‘be a kitty-cat’.

So we ran out to grab a few things. We were in the baking/spice aisle and I got on my knees on the floor to check the bottom shelve for a bulk container of oregano. As soon as I was on the floor, she dropped to her hands and knees, meowed her way to me, pulled my shirt and said “Be kitty-cat daddy”. So we spent 5 minutes crawling around in the baking aisle being cats. People were amused to say the least.

11. “And girls pee out their butt” Charlie Fortin

My son was my first, so I was quite proud to take him when I went places. One day, I was shopping at the local IGA, I put him in the basket seat. As I was making my way to the check-out counter a very proper older women approached me. She was obviously smitten by my young son and wanted to make nice.

She started with ‘Oh what a handsome young man he was’ etc.  To which my son blurted out, “I got a penis! And girls pee out their butt” The poor woman turned red and made her way out of the supermarket never to be seen again!

I had made it a point to go shopping on Tuesday mornings because our local supermarket was often empty of shoppers then. My little boy, then two, boldly marched up to the only other shopper in the whole place and loudly asked:

“Are you Lady Gaga?”

I was in supermarket in Beijing. After shopping for my son’s birthday, I thought of purchasing condoms and went back with my kid at counter. But he followed me. There I opted for a box of strawberry condoms, all of sudden he shouted:

“No mom, I love chocolate”

We were living overseas and were visiting a large “American” style box store, where primarily the upper middle class shopped. We were the only Caucasians in the store at the time. Our son was potty training (good start, right?) and I had just taken him into the restroom to use the urinal. No one else was there, so we could have a detailed dialog on the proper order of things.  Everything finished up well, and we headed back out. Upon seeing his mother, he proudly yelled to her across the 50 feet between us “Mum! I shake my penis! I shake my penis!”

15. “Mum you need to trim your nose hairs” Cynthia Levy.

My daughter was around 11 or 12, just about the age when girls become aware of some of the subtleties of personal grooming, such as plucking eyebrows, etc. We were standing in line at a busy grocery store and she looked up at me and then said, “Mom, you need to trim your nose hairs.”