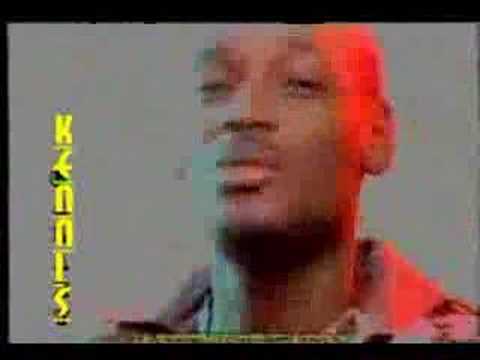 Back in 2004, 2Face Idibia achieved worldwide success with the release of his ode to all things beautiful about African women, ‘African Queen’. Since then, the star from Benue State, Nigeria, has not only gone on to win a BET Award and Artist Of The Year at the MTV Africa Music Awards, but he recently had his own show at the IndigO2. He has worked with R Kelly, Mary J Blige, Kelly Rowland, Shakira, the late James Brown, Sway and Beenie Man, to name but a few. How did he make it to the top? Flavour finds out… As an African artist, do you feel there are more obstacles to overcome than your American or UK counterparts have?
The challenge is enormous. First and foremost, the industry in the UK and US is much more organised. So you find the level of piracy [in Nigeria] is very high; royalties from radio and TV are not and cannot be paid. Then the budget for marketing music in Africa is still very, very low. All these things are major obstacles, but we are gradually going to turn this over.
What is the key to your success?
Hard work. Keep your focus and don’t let people’s thoughts affect you. Always do your thing and make sure that you are always on point.

What the highlight of your career?
Doing my show live here in the UK. I’ve done shows where I was the headliner, but this time it’s my thing.

If you had to liken your shows to a particular meal, what would it be?
Oh, wow. Damn [laughs]. My show would be pounded yam with egusi soup and cheesecake as dessert.

How do you describe your sound?
Eclectic. I don’t want to put myself in a box and say this is the type of music I do. But one thing prominent in my music is reggae, so whatever I do has that reggae influence; so we can call it reggae and blues, but it’s all in Afrobeats.

Who would be a dream collaboration fulfilled?
Right now there’s only one person: Sade Adu.
How would you go about it? Would you write a song for her?
If she would let me, I would love to. I also trust her song-making abilities, so it’s both ways.

Do you worry about what other artists have to say about you?
You just have to build a thick skin, know that people are definitely going to say stuff, and know how to accept criticism. If someone says something negative, there must be a reason. So you have to take note of the reason why they said it and learn from it.

Did you always believe you were going to make it as an artist?
When you’re following your dream you have a projection of where you want to be. You have to have faith and believe in yourself. For me, I knew if I worked hard, kept my head down and kept my focus, I was going to get somewhere. I’m not even near where I’m dreaming of going yet.

What’s the future for Afrobeats?
It’s going to be the next big thing in the next five years… three years, five years is too long. You will soon see that it’s everywhere.

What’s your take on Mo’Hits’ recent signing to Kanye West’s GOOD Music?
It’s a good move; Kanye West/GOOD Music is a good look. I don’t know the full details of the contract, but I hope the details are as good as the idea.

What’s the actual goal – to be a worldwide artist?
Yeah, that’s it: to be everywhere like Coca-Cola, man.

Who is 2Face when he’s off stage?
I am playful, just a jolly good fellow that is bad sometimes.

If you were trying to win a girl over, what’s your ideal date?
[Laughs] Oh boy, I’m not too much of a romantic so I can’t really describe something. What I will say is we’ll go eat something or watch a movie; go to a club, dance, make some noise and then, you know, chill out.

Tell us something about you we wouldn’t find on a Google search?
I’m extremely shy. Don’t tell anybody… What I do means I can’t afford to be, but yes I still am shy.