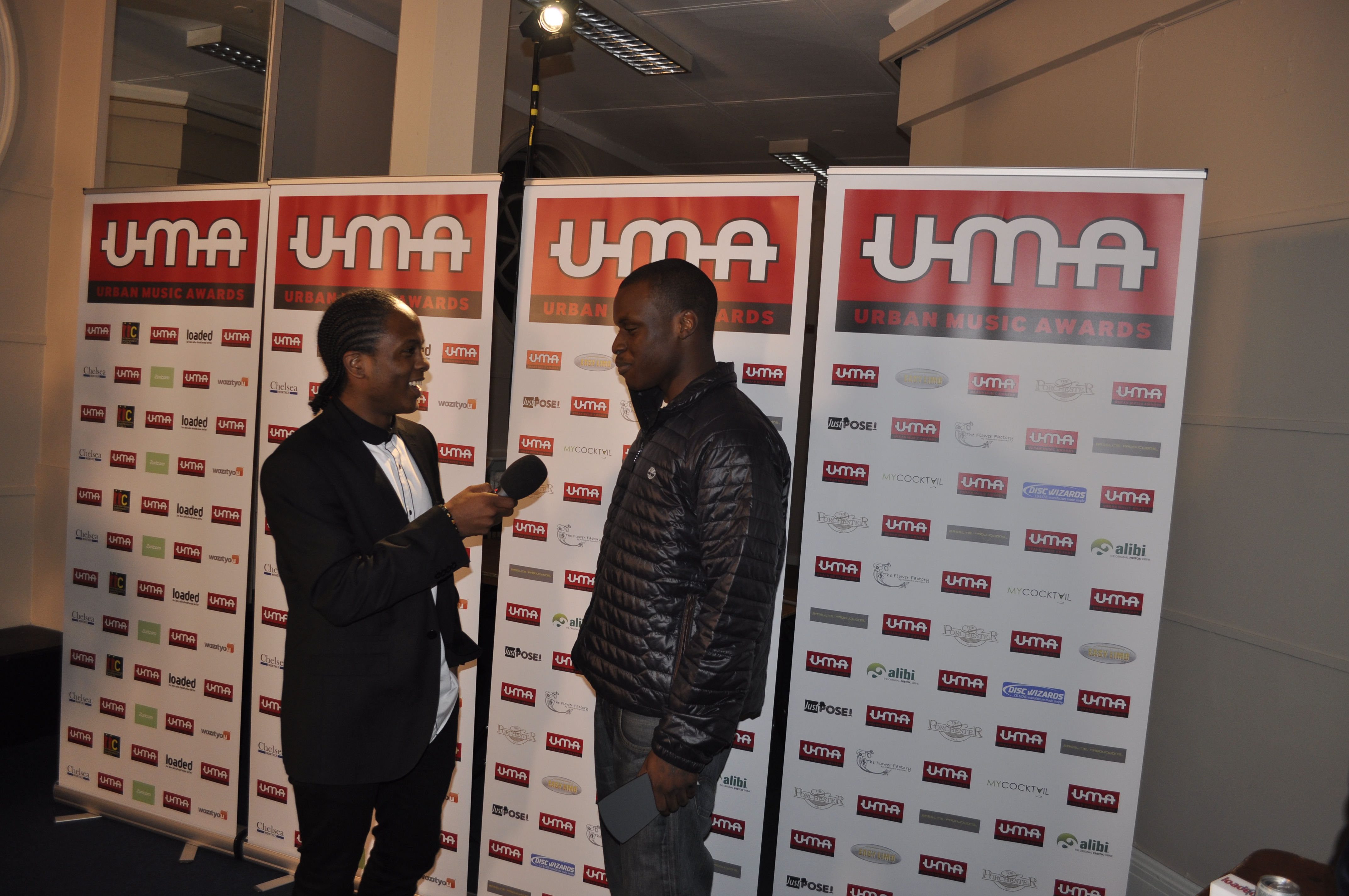 The stars were out on the red carpet over the weekend in London (1st December), as they braved freezing tempreatures to attend the 2012 Urban Music Awards.

Flavour’s Noel Phillips was fortunate to chat with them as they arrived at the Porchester Hall in West London. And, as usual, the celebs were in great spirits so sit back and enjoy. Starboy Nathan is a seasoned UK vet with hits for days. The singer-songwriter arrived  in a blue tuxedo to give us the low down on his new album and why he has no regrets about applying for the X Factor. Ask any football fan to name one of Britain’s finest players and a certain name will repeatedly pop up; Chris Kamara. The former footballer turned TV Presenter told us five which players would complete his fantasy football league team and more. We talked all things Holby with Jimmy Akingbol and Chizzy Akudolu, including what’s in store for their characters – (Antoine Malick and Mo Effanga),  as well as finding who they would like to exchange kisses with under the mistletoe. Denise Welch was head over heels with her fiancé and son by her side. She told us why winning Celebrity Big Brother is one of her 2012 highlights: “It was a sort of a hollow victory. I won it and it was worth winning it just to see Michael Madsen face.” This has been a big year for Sneakbo, and he showed off the big changes in his life after winning Best Newcomer. And to top off his “surreal year”, he reveals why he’d like singer Delilah to give him a call. Picking up the award for best hip hop act, rapper Sway told us, “this really ends the year on a great high.” He also dished the dirt on Googling himself, life as a Konvict artist and revealed some exclusive details about a few upcoming collaborations. Actress Pooja Shah well known for her roles as Kareena Ferreira in Eastenders and Meena in the blockbuster hit Bend It Like Beckham, tells us why she wouldn’t mind making a return to Albert Square as well as taking part in our ‘guess the famous line’ game. With her smash album ‘From the Roots Up,’ Delilah has made music lovers everywhere take notice of her brand of smooth and cool RnB. The singer-songwriter told us about her highly anticipated follow up album and more.

The 10th annual Urban Music Awards will be broadcast this Friday, the 7th of December on Loaded TV (Sky channel 200)