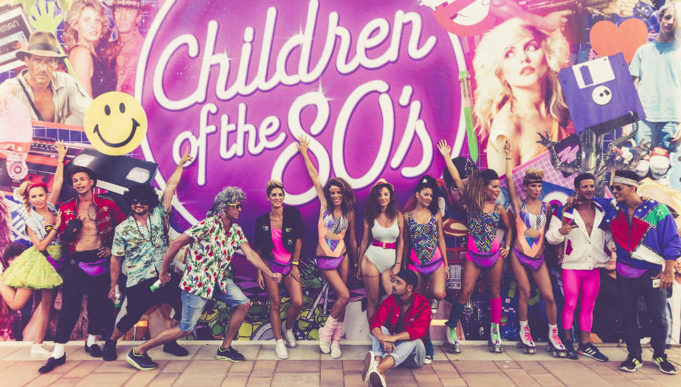 The legendary ‘Children of the 80’s’ returns to Hard Rock Hotel Ibiza on 2 June kicking off its weekly fun-filled party which brings eighties vibes to the outdoor stage every Friday night from 7pm until midnight.

The opening event on 2 June will be headlined by the one and only kings of disco, the Village People, promising party-goers a one-of-a-kind 80s style extravaganza with scores of catchy classics including ‘Macho Man’, ‘In The Navy’ and ‘Y.M.C.A’.

The American disco group rose to fame in the late seventies, known for their on-stage costumes depicting masculine US stereotypes and sing-along tracks. The six band members will bring their trademark style to the White Isle including a leather clad biker, a native North American Indian, a cowboy, policeman, navy sailor and construction worker.

Charged with warming up the crowds with classic tracks and tributes to some of the biggest names of the 80s such as Madonna, Michael Jackson and The Cure, Dream Team Reload featuring José María Castells, Toni Peret and Quique Tejada, and DJs Petit and Vázquez from La Movida return to the Hard Rock Hotel Ibiza stage for their second season, supporting the Village People.

The ‘Children of the 80’s’ event has revolutionised the party concept in Ibiza, bringing some of the biggest names from the 80s to the Mediterranean offering fun-filled evenings of dance-floor fillers and sing-along classics. Fancy dress is welcome and party-goers are encouraged to get their dance shoes to the ready!

Guests at Hard Rock Hotel Ibiza will have full access to all live events at no extra cost.

Tickets to ‘Children of the 80’s’ gig are priced from 20€ and can be purchased via www.childrenofthe80s.com.