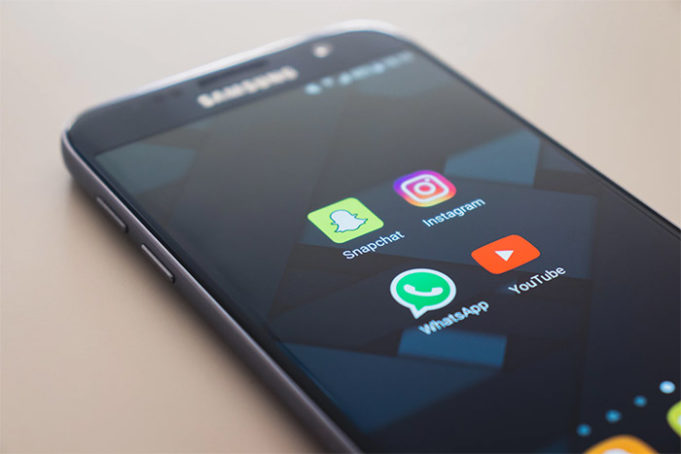 Social media is huge across the UK, with more than 39 million users recorded on these hubs at the beginning of 2017, according to research by statistics portal Statista.

But while so many of us enjoy being on our social media profiles, there will be times when companies make changes to their hubs which confuse, shock or sometimes even anger us.

Here to demonstrate this point is TORRO Cases, which can provide customers with a genuine leather iPhone 6 case so that they can browse their social media profiles on-the-go and in style, as it explores three controversial decisions made by social media companies over the past few years…

Let’s begin with a story that has been making plenty of headlines recently — Snap Inc.’s decision to redesign Snapchat with the intent of promoting more intimate sharing among friend groups while pushing content which is professionally produced into a separate feed.

Explaining the reasoning behind the app overhaul in an official blog post, the company pointed out: “Until now, social media has always mixed photos and videos from your friends with content from publishers and creators. While blurring the lines between professional content creators and your friends have been an interesting internet experiment, it has also produced some strange side-effects (like fake news) and made us feel like we have to perform for our friends rather than just express ourselves.”

This positive vibe has not been shared by a lot of Snapchat users though, to the point where some people have even used a VPN app or downloaded other risky apps in attempts to get their old versions of Snapchat back.

Snapchat user, Nic Rumsey, took matters into his own hands, however, by setting up a petition on Change.org titled ‘Remove the new Snapchat Update’. As of March 23rd, the petition had received more than 1.25 million signatures. Even Snap Inc. responded to the petition on February 20th, with the key elements of its reply being:

Snap Inc. concluded by stating: “This new foundation is just the beginning, and we will always listen closely to find new ways to make the service better for everyone. We are grateful for your enthusiasm and creativity. We are very excited for what’s ahead.”

Mr Rumsey replied in kind by first thanking Snap Inc. for its official response and by informing users of the impending update to the redesign. However, he was keen to add: “If we are satisfied with it and you’ve listened to our cries then we’ll end the petition, and any boycotts being planned. If users are still unhappy with the update, we’ll push the petition forward once more until you have fully listened to our wants and everyone is happy with the way the updates have been handled.”

As of March 23rd, the petition remains open and the storm surrounding Snapchat’s redesign has yet to calm down fully.

When Facebook tested an alternative set up to its News Feed in October 2017, the aim was to remove all direct Page posts from the main News Feed and transfer them to what was deemed an ‘Explore Feed’. The social media giant’s News Feed chief, Adam Mosseri, acknowledged: “People tell us they want an easier way to see posts from friends and family. We are testing having one dedicated space for people to keep up with their friends and family, and another separate space, called Explore, with posts from pages.”

While the experiment never made its way to the UK — it was only tested in Bolivia, Cambodia, Guatemala, Serbia, Slovakia and Sri Lanka — it still saw many social media managers express concern. This was since splitting content made it more likely that Facebook users would be left less informed. A case in point of this was demonstrated when Filip Struhárik, a writer for Slovakian publication, Dennik N, claimed that its traffic on Facebook dropped by close to nine percent between November and December 2017.

In March, social media managers could breathe a sigh of relief when Facebook revealed that its Explore Feed experiment was coming to an end. Mr Mosseri reflected: “In surveys, people told us they were less satisfied with the posts they were seeing, and having two separate feeds didn’t actually help them connect more with friends and family. We also received feedback that we made it harder for people in the test countries to access important information.”

A company’s Terms of Service is usually a legal documentation which many people will choose to either ignore or quickly skim over before signing up for what the brand is offering.

However, Instagram caused quite a stir in 2012 when it tweaked its user agreement to include the following paragraph:

Many users reacted in anger by claiming that the wording gave them the impression that Instagram was set to begin selling their pictures to other businesses, with members of the public and celebrities providing negative responses to the move.

Within a week of the reveal of the new Terms of Service, Instagram co-founder, Kevin Systrom, had released a blog post to reassure users that the social media giant was amending the advertising section of the user agreement “to the original version that has been in effect since we launched the service in October 2010”.