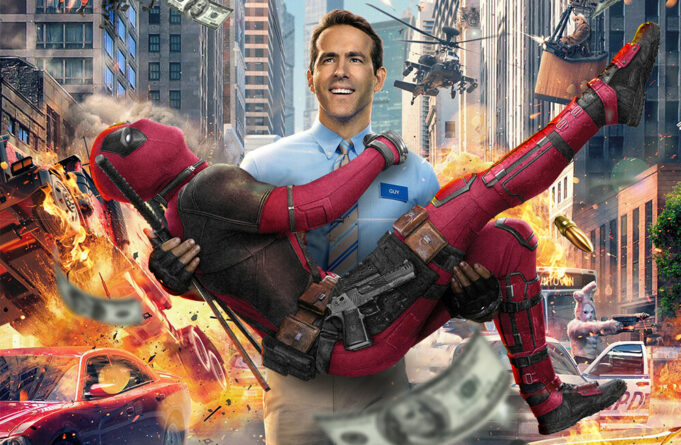 Sci-Fi fans stand up! Ryan Reynolds fans too… This all-new comedy action sci-fi movie is set to release in cinemas on 13th August 2021 (US & UK).

Also to be released with 3D experience. In Free Guy, a story unfolds of a bank teller called Guy living in Free City that discovers that he is inside of an open-world video game, through a pair of glasses he was handed. The funniest part about it is that he is a non-playable character (NPC).

For those who don’t know what that is… He is essentially a pedestrian in games like Grand Theft Auto V. This meta-action comedy movie promises us not to disappoint and is perfectly fit for gamers and non-gamers alike. Here are some reasons why you should add ‘Free Guy’ to your watchlist.

Free Guy is also set to release with a 3D experience. In my opinion, this movie is perfectly suited for a 3D experience, as it is set in an open-world game. This will give viewers a fully immersive experience of the open world and will make you feel like you are right there with Guy along his journey. There is so much havoc going on in the background along with the storyline which keeps it so entertaining throughout the movie.

2. A Movie With Multiple Meanings – Can Be Interpreted In Many Ways.

Free Guy is a movie I feel like everyone would enjoy from gamers, superhero fans, families and more. As you know, Free Guy is about a bank teller who discovers he is an NPC in an open-world game. Already this can be interpreted in many ways, when I first saw this I immediately thought about the conspiracy theories about the world and life being a simulation.

Does anyone notice the similarities to ‘They Live’? Free Guy puts a fun little spin on this… In the movie, he gets a pair of glasses which allows him to see the open-world game he lives in for what it truly is. Also how it is all influenced and controlled without any of the other NPCs knowing.

Most people don’t go to the cinema to watch a movie they have never heard about. ‘Free Guy’ seems like a movie you can do exactly just that with. This movie jumps between two different worlds, giving us a feel of the real world and the simulated world. As you follow Guy on his journey of saving Free City, you get to be involved with all the havoc Free City has to offer. Even large buildings crashing down into pixels. I have only seen one movie that could execute this properly and that was the 2015 release of ‘Pixels’.

FREE GUY is in cinemas on 13th August 2021. Book your cinema tickets for FREE GUY at cineworld.co.uk