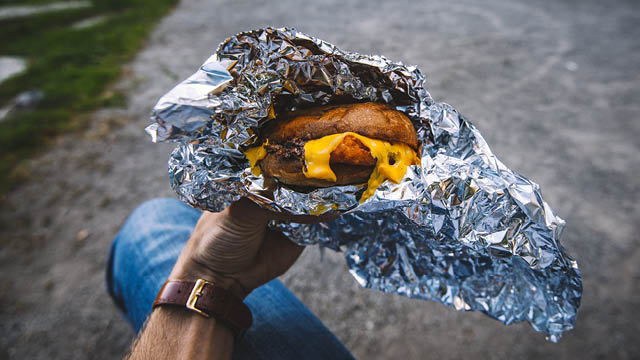 Whilst some people may lament the day they are no longer in their twenties after hitting 30, others see it as a chance to start over – like 30 New Year’s resolutions all at once. Is life over at 30?

Not at all, but that said, there are several things you really need to stop doing before reaching the big 3-0. Being in your teens or mid-twenties does allow us a pass for certain mistakes, as we have the excuse of being young and not knowing what we’re doing. However, if you’re on the border of 29 and still doing the following things then there are no more justifications left.

So, you can warm up tinned soup in the microwave like a boss? You’re not exactly going to impress Gordon Ramsay with skills like that. Cooking abilities are definitely underrated, yet so many people around the world go the easy route by simply buying ready-made meals or takeaway. Learning how to cook will not only help your wallet – as it’s much cheaper to buy ingredients that you can use several times a week – but will always impress a date or significant other too! Plus, knowing exactly what has gone into a meal gives you peace of mind (especially if you have a nut or gluten allergy) and you can better control your diet.

If you have the desire but no idea where to start, it might be better to look at cooking channels on YouTube, as reading a recipe is never quite the same as seeing it on a video. Tasty 101 is a fantastic channel and covers a lot of the basics.

When we’re young, we usually don’t mind sleeping on our friend’s tiny couch or even the floor of a train when we’re on a Euro Trip, but in your 30s? Those aches and pains the morning after tend to stick around a lot longer! If you’re still using a hand-me-down mattress given to you by a friend about 10 years ago, then it’s high time you invested in your own. For one, it’s said that mattresses should be replaced every eight years or so, and secondly, mattress technology has no doubt evolved considerably since 10 years ago. There’s one that can be delivered in a box, but if you’re the type of person who isn’t even sure what kind of mattress is ideal for them, then find out who is considered the best of the best in the mattress game.

New York? Seen it. Paris? Been there, done that. Sydney? Already got my selfie at the Opera House. Traveling is all about broadening the mind, but there is not really much to broaden if you’re always experiencing the same kind of trip over and over with landmarks you’ve seen 100 times in the movies. What about witnessing the wonders of the Northern lights in Finland? Experiencing traditional mixed with futuristic in Shanghai? Beholding some of the most historic monuments in the world in Morocco? Travelling should mean getting out of your comfort zone and seeing something different, not finding out what Starbucks tastes like in a foreign city.