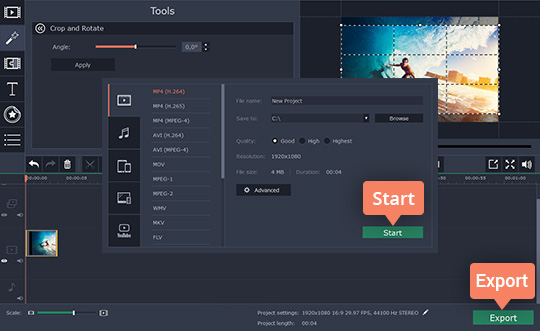 Cutting together a video is about more than just transitioning mindlessly from one clip to the next. In the skilful hands of an experienced editor, the right type of cut can actually add visual meaning to videos in a subtle manner.

Although you may not have that kind of experience, there is no better way to acquire it than by starting to use cuts and add visual meaning to your videos. If that is your goal, there are a few types of cuts in particular that you should know about:

To use the jump cut you should cut from a point in a scene to a point further along in the same scene – essentially ‘jumping’ the video forward in time. Both points should be visually similar for this cut to have its intended effect.

While the jump cut is very jarring for viewers as the subject or other elements may suddenly shift in position, it can be used to add significant visual meaning. For example, you could use it to convey the passage of time or repetitive actions.

A contrast cut is used to juxtapose two subjects in a contrasting manner – normally from one extreme to another. For example, the first clip could show the subject peacefully lying down to sleep, while the second clip could show them waking up screaming.

Because of the contrast between both the shots, they can convey an intensity that may not be present otherwise. It will hit the viewer emotionally in an unexpected way, and increase the impact of the scene that you are cutting to.

If timed correctly, a cutaway can add context to a scene by taking viewers away from the main action and showing them a different scene that may be relevant in some way. The duration of the cutaway is important, however, as if it is too long it will distract viewers whereas if it is too short they won’t have time to absorb the information it contains.

Suffice to say a cutaway is a way to add visual information to scenes in your video directly. It may not be the most subtle of cuts, but it is effective.

See how each of these cuts can add visual depth and meaning to your videos? Now that you have some idea of what you need to do, the next step is to try it out in practice. All that you need is a decent editor to practice your cuts, and for example, you could try Movavi Video Editor. It may help to follow the instructions at movavi if you want to crop your video too.

The reason you need experience to cut videos effectively is the timing of each cut can make a huge difference in how effective it is. As you start to cut videos, you should develop a feel for the right point to cut from one clip to the next, and the duration each clip should stay on screen.