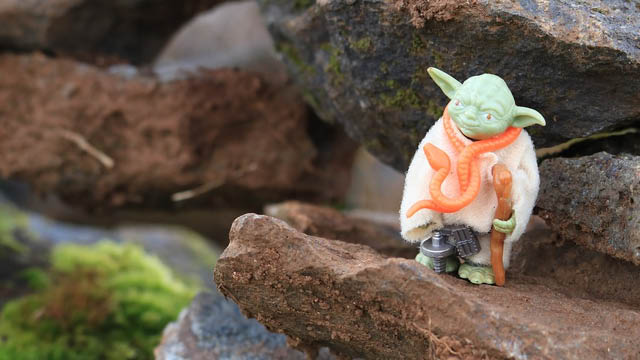 The already high interest in Star Wars has once through a resurgence recently – driven by the huge popularity of The Force Awakens, which hit cinemas last December, and the upcoming big screen spin-off Rogue One: A Star Wars Story.

In light of this, it seems a good time to draw attention to the range of great Star Wars games that followers of the sci-fi franchise can try out. Below, we recommend four of these games which you can easily buy right now. Yes, that means that there’s no need to spend hours looking through eBay listings for out-of-production gear.

Designed for 2-5 players, Imperial Assault lets you play as an Imperial or a Rebel. Only one player in each game will get to represent the Empire, while everyone else will each play a “good guy” taking on the Empire. While it’s technically possible to have only two players per game, Imperial Assault is more fun the closer to five players there are. Imperial Assault also has the advantage of being fairly easy to get up to speed with, thanks to its similarity to other games including Space Crusade and HeroQuest. Plus, there’s a good choice of expansions and characters to add to the game.

X-Wings are among the most instantly recognisable icons of the Star Wars saga – so, perhaps it shouldn’t be so surprising that they have inspired what is arguably one of the best Star Wars games. Writing for Board Game Quest, Tony Mastrangeli has enthused that “the rules are easy to learn [and] the components are fantastic”, as they are all pre-painted. Furthermore, turn to a specialist online store like Tritex Games and it can be easy to buy various little extras for X-Wing Miniatures Game. These extras include Imperial ships, Rebel ships and Resistance miniatures.

While X-Wing Miniatures Game is great in itself, Armada might be even better. Mastrangeli has admitted: “I had to think long and hard about putting Star Wars: Armada over X-Wing, but at the end of the day, I just enjoy it more.” He has cited the “more strategic” gameplay of Armada as a plus point. He adds that each round is excitement-packed – and this can be attributed, at least partly, to the fact that each Armada game played is objective-based and limited to just six rounds. Still, he recommends X-Wing Miniatures Game instead if you would prefer a tactical experience.

There’s definitely a lot to like about Miniatures. For example, you can recreate memorable battles from the films, see how a fight between the Rebels and clones would have unfolded, customise the game rules, and – quite simply – benefit from a light and fun slice of strategy. It’s also good to introduce Miniatures to kids if they are only just becoming interested in strategy games and love Star Wars. Letting kids of your own have fun with Miniatures could win you big brownie points with them in the wait for the next Star Wars film to arrive in cinemas.