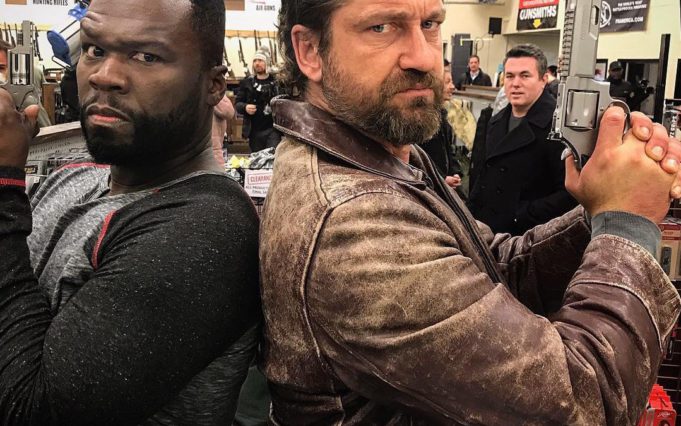 Calling all ladies that love the male form, this movie could be for you. OK, before you get excited and start throwing your panties on the stage, ‘Den of Thieves isn’t a Magic Mike XXL style film.

However, what ‘Den of Thieves does have is four hunks in one film as ‘Den of Thieves’ stars Gerard Butler, 50 Cent, Pablo Schreiber, O’Shea Jackson Jr. A Los Angeles crime saga in the vein of “Heat”, DEN OF THIEVES follows the intersecting and often personally connected lives of an elite unit of the LA County Sheriff’s Dept. and the state’s most successful bank robbery crew as the outlaws plan a seemingly impossible heist on the Federal Reserve Bank of downtown Los Angeles.

‘Den of Thieves’ is directed by Christian Gudegast and features an all guns blazing theme of heists, car chases, muscles and criminality.

Den of Thieves is released in cinemas January 19, 2018