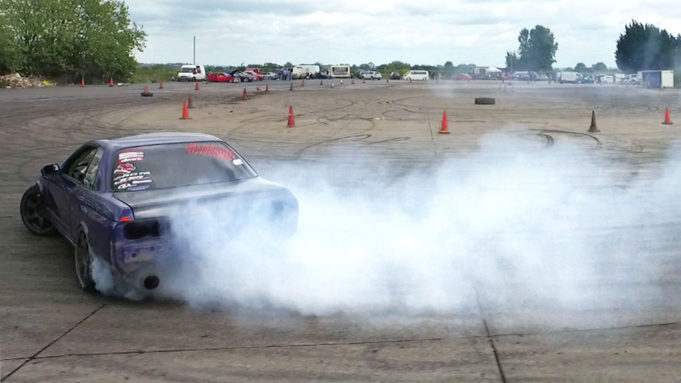 Smoke, noise and pushing motors to the limit – that’s Drifting and what’s not to like? Buckle up for Mad Max mayhem, driving at the edge of control.

For these car junkies, racing doesn’t just mean going forward. Drifting is a way of life, and we find out what it is that keeps them shackled in the driving seat. It’s a daring game – buckle up and experience the smoke, as we screech round the track with obsessed competitors searching for the ultimate adrenalin rush.

Get the Drift: Westonzoyland is a special place for a small community of drifters. Legal, organised and perfect for drifting, this strip of tarmac is home to those wanting to perfect their abilities in the car.

The Winning Mentality: Baggsie is driven by becoming a better and better drag racer. From Japan to South Africa, drifting has taken Baggsie all over. He talks us through what goes through his head during a race.

Driving like a Girl: Jodie was never into dresses and ballet when she was younger. Instead, she chose to drift cars, and loves to prove that girls can be better than the boys she’s racing.

Grease Monkey: After nine months of working on it, Phill’s friend crashed his beloved car. There’s a lot of work to do, but can he get it fixed in time for his next event?

Str33t Dr1ft1ng: “Lee” talks us through the secretive world of street drifting, opening up a world that only begins after midnight. After a bad day at work “Lee” likes nothing more than to screech his car around roundabouts.

Nought to Sixty-Nine: This episode focuses on professional drifter Buttsy, who’ll be trying to drift a Formula 1 car. He talks about how he got into drifting, and how his job is different to the usual 9-5.

Channel 4’s shorts available to watch on All 4 at www.channel4.com/shorts