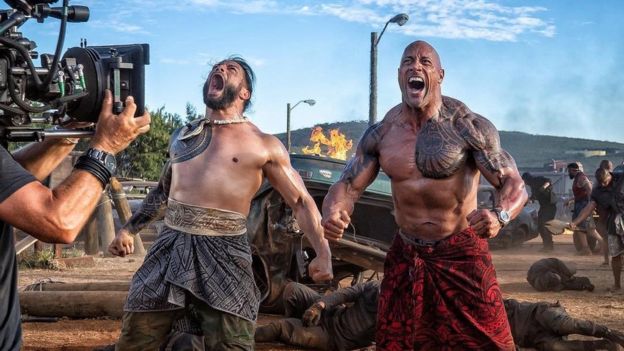 4DX has set a new record in July this year with its largest monthly global audience of 3.07 million.

The previous record for the number of global 4DX monthly audiences this year was 2.25 million in June thanks to ‘Aladdin‘ and 2.46 million in August 2018 when `Mission Impossible: Fallout ‘ was released to audiences.

‘Aladdin’, which has surpassed 1 million 4DX audience members in Korea, on 27th July, has continued to show popularity by collecting 1.87 million global cumulative audiences as of 7th August. Other successes such as, ‘Spider-Man: Far From Home’ and ‘Lion King’, which were released in July, contributed to the hit score by attracting the global cumulative audience of 1.15 million and 1.35 million 4DX, respectively.

Fast & Furious Presents: Hobbs & Shaw is also expected to continue the 4DX popularity as 4DX maximizes its engagement with this action-packed film, thanks to the help of moving chairs, water sprinklers and wind effects. From the high-flying helicopter action to the dynamic car and motorcycle chasing in the city, 4DX will provide a lot more immersive fun to the film.

4DX’s innovative theatre technology enhances the onscreen visuals of action-packed blockbusters, adventurous fantasy, music films, and haunting horror films. 4DX transcends the traditional cinema experience through special effects including motion-synchronized seats, wind, fog, rain, lightning, snow, bubbles, vibrations, and scents. The result is one of the most innovative cinema formats in the industry, drawing fans into the action on the big screen more than ever before.

Book your 4DX tickets at a Cineworld NOW!!!