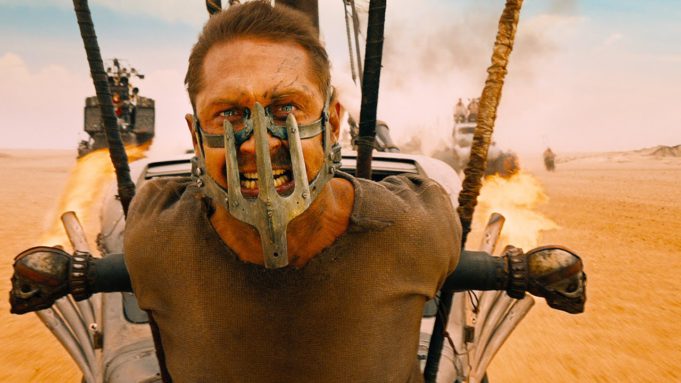 While everyone is streaming, some of us still like a real DVD or Blu-ray. Some of us have a full surround sound system and like to view movies in super quality HD.

Some of us like collecting DVD’s and Blu-ray’s because you get that feeling of ownership, the feeling you get when you unwrap the packaging and open the box to see the shiny new unscratched, unmarked disc.

If you are not a fan of owning disc’s you can always rent discs from an online site like Cinema Paradiso which offer a great selection of the latest movies on both Blu-Ray and DVD as well the classics collection that will blow you and your friend’s minds. Why you’ll like on Blu-ray or DVD: Apart from the brilliant acting and cast, The Great Gatsby is a colourful movie that will push your TV and Blu-ray or DVD player to the limit. It’s so vivid, you find it hard watching other movies that do not have the same essence of quality.

Synopsis – Director George Miller, the originator of the post-apocalyptic genre and mastermind behind the legendary Mad Max franchise, returns to the world of the Road Warrior. Haunted by his turbulent past. Max Rockatansky (Tom Hardy) wanders alone until he’s swept up with a group, led by Imperator Furiosa (Charlize Theron). fleeing across the Wasteland. In hot pursuit: a warlord who gathers his gangs and pursues the rebels ruthlessly, leading to a high-octane road war. Why you’ll like on Blu-ray or DVD: This the kind of movie you’ll want to have your friends sit down while you show off the power of your TV and surround sound system. It’s got everything you need to get the best out of your home entertainment system. Big sounds, epic graphics and lots and lots of eye candy.

Synopsis – The Marvel Cinematic Universe expands into the cosmos when brash space adventurer Peter Quill steals a coveted orb and becomes the object of a relentless bounty hunter. To evade his enemies, Quill forges an uneasy truce with Rocket, a gun-toting racoon; Groot, a tree-like humanoid; the deadly assassin Gamora; and the revenge-driven Drax. But when Quill discovers the true power of the orb, he must rally his ragtag band of misfits for a desperate battle that will decide the fate of the galaxy. Why you’ll like on Blu-ray or DVD: For some strange reason, the Guardians is an instant classic. Old and young alike will love this movie. Grab some popcorn, grab a quilt, and everyone can snuggle up on the sofa for some family fun. It’s cool, it’s slick, it’s funny and the graphics and sound are awesome. Synopsis – Vin Diesel, Dwayne Johnson and Michelle Rodriguez lead an all-star cast as the global blockbuster franchise delivers it’s most action-packed, high-octane adrenaline rush yet in ‘Fast and Furious 8’. Now that Dom (Diesel) and Letty (Rodriguez) are married, Brian and Mia have retired from the game and the rest of the crew has been exonerated, the globetrotting team has found a semblance of a normal life. But when a mysterious woman (Charlize Theron) seduces Dom into the world of crime he can’t seem to escape and must betray those closest to him. From the shores of Cuba and the streets of New York City to the icy plains off the arctic Barents Sea, our elite force will crisscross the globe to stop an anarchist from unleashing chaos on the world’s stage…and to bring home the man who made them a family.

Why you’ll like on Blu-ray or DVD: Love it or hate, the Fast and Furious movies are one of the biggest franchises in movie history. If you want something that has deep bass, stunts like no other, graphics that feel like they are jumping out of your TV and lots of hunky men strutting their stuff, then you simply can’t beat the FF collection.