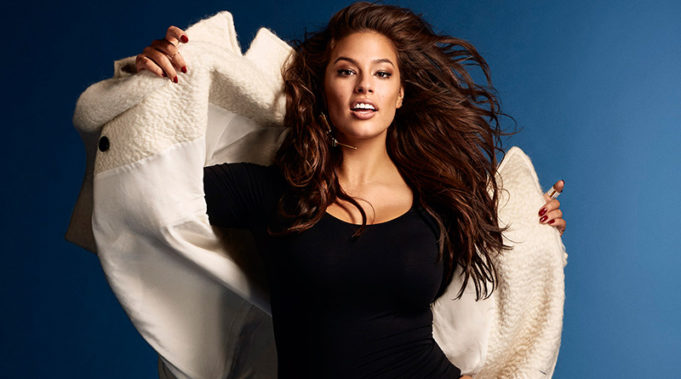 If you don’t know the name Ashley Graham, you definitely know her face. Graham is an American model who got her start in 2001 with Wilhelmina Models and has been taking the fashion industry by storm ever since.

Graham’s beauty has graced the covers of many a magazine, such as Sports Illustrated, Glamour, and Huffington Post, but her reputation as a model doesn’t stop there. Graham has led a notable number of humanitarian efforts, the most well-known being her TED Talk and the work she’s done with the Themba Foundation. There is definitely more than meets the eye with Ashley, which is why we’re happy to present you with five little-known facts about the curvy superstar.

1. Graham was bullied, but not for her body type.

Most models are no strangers to body shaming, both in the professional and personal world, and Graham’s experience was no different. Graham attended school in Lincoln, Nebraska, where she endured bullying from a number of her classmates. The source of their jokes was not, however, Ashley’s weight, but her learning disabilities.

From a young age, Graham was diagnosed with Dyslexia and ADD, making it difficult for her to maintain focus on her studies. This did not prevent Ashley from obtaining her diploma by any means. In fact, she was able to graduate in 2005 in the midst of signing a deal with Ford Models!

2. She was heavily involved in the design of her Barbie doll.

Graham required the doll to look as much like her as possible. She specified that the doll’s thighs had to touch. She thought this set a positive example for the younger girls who looked up to her. Graham makes it a point to promote body positivity in all aspects of her work, so she sent body shots to Mattel in order to have the most accurate proportions possible.

3. She has her own line of lingerie.

While Ashley continues to work in front of the camera, she has been involved in fashion behind the scenes as well. In 2013, Ashley worked with a company called Addition Elle.

She designed lingerie for the Canadian retailer, which catered to sizes up to 4X. This plus-size lingerie line featured a number of different styles of bras and panties and catered to sizes as large as 46DDD. The collection boasts over fifty pieces and is still a favourite among Addition Elle customers.

4. She is an expert at twerking.

While Ashley is well-known for her modelling endeavours, her fanbase loves her for her personality. Graham stresses the importance of working hard and playing harder. The curvaceous model has some exceptional twerking skills, which can be backed with video evidence. The model posted a video to her Instagram featuring her and a friend on a yacht, dancing.

This is not the only demonstration we have of Graham’s dancing abilities, as her twerking skills can be seen again, featured in a video of her dancing in a snakeskin dress to N.E.R.D’s “Lemon,” and another filmed on the set of her shoot with Sports Illustrated.

5. Graham was abstinent before marriage.

Ashley is all about being confident and sexy with her body, so it comes as no surprise that she is happily married. She can be seen posing nude with her husband, Justin Ervin, in a spread for Maxim, so it may come as a surprise how their relationship went prior to marriage. Before Graham made things official with her beau Justin Ervin, she made the decision to abstain from sex, something that is not unheard of but may be seen as unconventional for many women in the industry.

Ashley has stated previously that there are some drawbacks involved when relationships start out with overly sexual pretenses, so waiting for marriage was important to her. After meeting through the volunteer work they did in church, Graham dated the videographer for about a year before their marriage ceremony in 2010.

While Ashley Graham’s beauty is something to be revered, she proves every day that she is the type of role model that young girls need. Through her humanitarian efforts, her work in modeling and fashion, and her infectious personality, Graham shows us what it means to be a person of love and light.