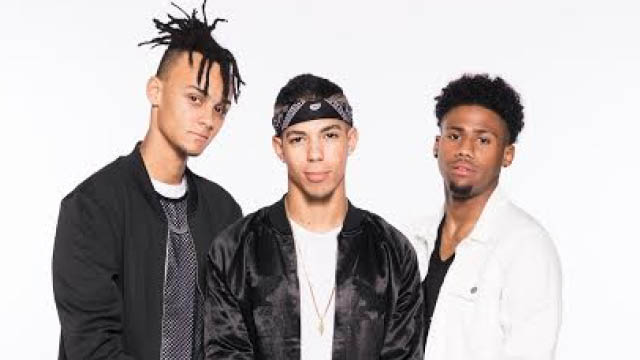 X Factor boyband 5 After Midnight otherwise known as 5AM have been dubbed the next One Direction, The three piece have recently signed with Syco Music since leaving the x factor.

The band consists of Kieran Alleyne, Jordan Lee and Nathan Lewis. The guys first came to our attention when auditioning for the X Factor and getting through to Judges houses where they performed in front of Alesha Dixon, Fleur East and Louis Walsh. After then becoming X Factor finalists, there’s no doubt that these guys will be successful.

Jordan said, “To say that we are part of a roster that includes artists such as One Direction and Little Mix is just incredible”.   I wonder how they would feel knowing that they could be the next one direction which is a hard place to fill but there’s no doubt they have potential to do so.

Nathan added “ We’re working with the best label in the business, it’s a dream come true”

Simon Cowell seems to know what the people want, so lets hope he isn’t wrong about these guys! There is no doubt Simon sees giant pound signs when it comes to 5AM. I just hope they don’t disappoint. After the One Direction split which broke millions of hearts around the world, Simon needs a new project and 5AM are just right for that. Twitter went into meltdown when the band members announced they had signed a record deal with Syco, fans just can’t wait to hear some original music from these lads.

Kieran kindly thanked their fans “ We want to thank our supporters and can’t wait to give them new music, our music”. The band will join winner Matt Terry and other finalists on the X Factor arena tour kicking off on the 23rd of February. The band will continuously be working on material for their first ever release.

It will be interesting to see what the band unveils and we can’t wait. It remains to be seen if 5 After Midnight will sell out arenas and stadiums just like One Direction but with Simon Cowell behind them anything is possible.

You can catch 5 After Midnight on The X Factor Live Tour.