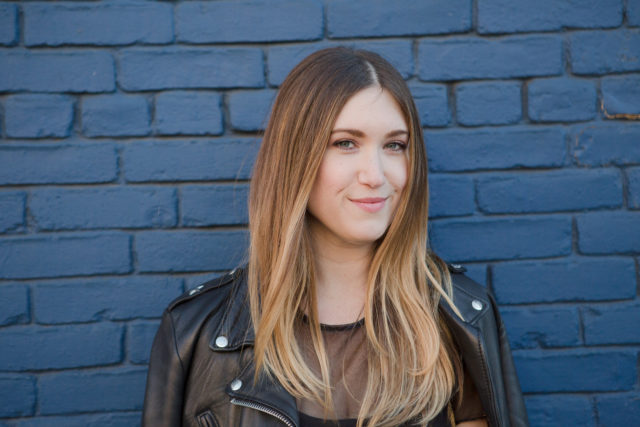 In a world where women’s rights are still constantly in the limelight, it’s refreshing to see ’Instant Love,’ an on-going project where both emerging and established female musicians reinterpret classic love songs originally sung by men about women, reimagined and without changing the gender.

The tracks have been revealed on a monthly basis to great appeal which lead to the recent release of ‘Instant Love: Volume 1’ with proceeds going to Studio Samuel Foundation who create jobs and educational platforms for women in Ethiopia. We sit down with Instant Love’s brainchild Allison Zatarain (GM of Instant Records) as she tells us, 5 musical women, she fell instantly in love with.

Not only does this goddess have an iconic, beautiful voice, but she goes out of her way to educate young girls against the evils of drugs. I always love a woman who is completely open, as that’s scary to do in our judgey society. My dream is to have an afternoon tea with her, then go home and dance my face off to “Edge of Seventeen” and the live version of “Silver Springs.”

I was getting my Masters at the Berklee College of Music in Valencia Spain when I discovered Rachel Fannan’s then-band Only You. I was a bit starved for rock and roll at the time. And before actually working in music, I’d drink up all the new tunes like water. It was truly an obsession. I saw her video for “Applying Myself” and was struck by her version of sexual power. So confident. And that voice – talk about a powerhouse. We’ve never actually met in person, but I’ve gotten to know her through endless emails and phone calls around her recording of “Don’t Worry Baby” for Instant Love. Label head Richard Gottehrer was on a business trip in LA, and was able to solidify plans and the recording of Rachel with Sune Rose Wagner of The Raveonettes in like 2 days. It was meant to be.

I have my current job working with The Orchard founders Scott Cohen and Richard Gottehrer largely in part to Dum Dum Girls. I was obsessed with their video “Bedroom Eyes.” It was a total je ne sais quoi feeling, I was so drawn to the lead singer Dee Dee (now Kristin Kontrol) and her gothic vibe. Scott and Richard were managing her at the time, and I was in school in Europe and attended the Midem Conference in Cannes. I reached out to meet them and was hired on the spot for management and Instant Records, a true dream come true. She also popped into my head when I was formulating “Instant Love” as I pictured her singing “Oh Pretty Woman” – still a killer idea and was part of the fuel of this fire.

I got to know Holly while working on her recording of “I’m Your Man” for Instant Love. We recorded an episode of my interview series “Instant Love Nest” in my home (which is premiering soon!) and she is by far the most genuine, chill, talented, funny, and experienced artist I’ve met in a while. She moved to NYC while still in high school! She draws a great crowd live and those pipes are unstoppable. She’s a woman of the world as well, totally free of constraints and endlessly inspired as well.

Ok – who doesn’t have the fantasy of dating a dude, then learning the drums to play in his band, then touring the world in one of the most iconic rock bands of the 00’s?!?! To watch her is unlike most musician experiences. She’s always truly lost in what she is playing, and obviously very talented as that band was only 2 people.