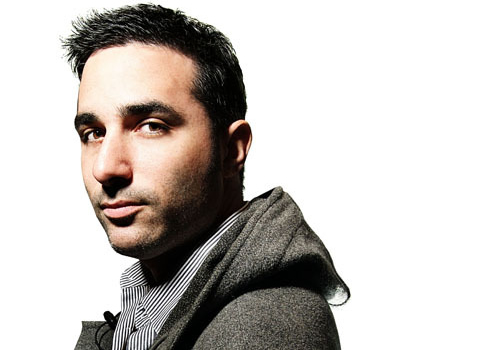 For the last twenty years DJ Yoda has been one of the premier UK names within the UK hip-hop scene having worked with names like the eminent KRS 1 right through to more contemporary names like the grizzled overweight joy of Action Bronson.

Flavourmag got 5 questions with Yoda to talk about; hip-hop, his new album Breakfast of Champions and of course those pesky celebrity DJs!

People always bemoan the state of hip-hop now; is it justified?

If you asked me this question ten years ago then you would have had a different answer. I got into hip-hop in the late 80’s. The 90’s was the golden era of hip-hop there were real stand out tracks and then it hit 2000 and the next decade was the worse period I think for hip-hop-it really was bad. I think that it is coming around again and I think there are some really interesting creative artists and music out there-I am excited about hip-hop again.

What angers you about the music scene now?

These so-called ‘celebrity djs’, ‘guest djs’. They make me angry because they are disrespecting a craft I put so much time into-I don’t mind the fact they are doing their thing but calling it such a skilful art as DJ-ing. I would spend hours practising perfecting my craft; scratching, quick-mixing, blending-it’s a bit galling.

I have heard you drop a set before,  you don’t necessarily play hip-hop-so what are you?

Well you are right. I am a hip-hop DJ but I don’t always play hip-hop I can play; rock, country and Western, drum n bass it could be anything. I actually love mixing visuals as well which is a big part of the sets that I play. A lot of the time I will mix up movies to add dimension to my set and make it interesting for me.

Breakfast Of Champions is your latest project-what can we expect?

Firstly this project is different to other projects I have put out where I have worked with different artists on every song. This time around I wanted to bring a consistent sound to an album so I wanted to narrow it down and I wanted to work with just three or so rappers so I formed a band and got; animators (for the visuals), while Mouse Outfit, Shlomo and Rex Domino provided the vocals-the result is a project that I am really happy with because I was able to expand my boundaries into live music and that whole experience of working with others because I am so used to it being just me-it was energising.

Lastly from a genre perspective where would you position the band’s sound?

The way I describe it is a live hip-hop band but there are some big influences from everything from Baltimore Club to Blue Grass and all in between!

BREAKFAST OF CHAMPIONS OUT NOW