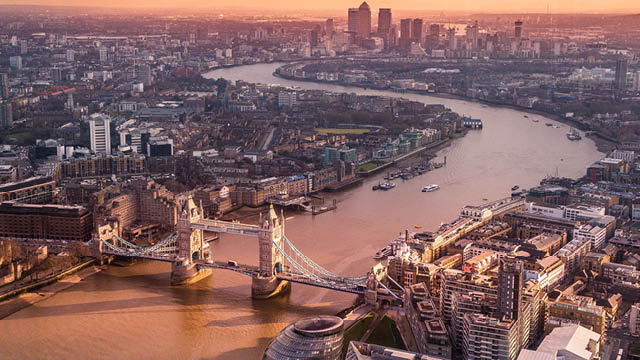 Once considered a little rough around the edges compared to West London, the city’s East End is now a huge draw for tourists and locals alike.

The area’s unique mix of trendy creativity and rich history ensures that there’s something for everyone here. We’ve listed five reasons for you to head east next time you’re in London below.

Oxford Street can keep its international brands and faceless chains. In East London, shopping takes a more individualist turn. At Brick Lane Market, for example, you’ll find all the quirky clothes and trinkets you could ever need. There are vinyl records, Art Deco furniture and plenty of handmade goods that you simply won’t find anywhere else. The market is large, however, covering a network of covered streets and markets, so be prepared to hunt around to find the perfect bargain.

This part of London is also home to many independent boutiques selling vintage fashion. This Shop Rocks on Brick Lane and Labour and Wait in Shoreditch are two highlights, but you’ll find cute and quirky stores dotted all over the East End.

If you’re a culture vulture, then East London has you covered. In fact, in this part of the world you don’t even need to visit a gallery or museum to receive a culturally enriching experience. Street art is prevalent across the East End, with famous examples including a piece by Banksy on Rivington Street and also the sculptured faces of Gregos that appear around the Shoreditch area.

If you do prefer your art to be presented in a more formal setting, then Whitechapel Gallery has a number of fascinating exhibitions on show, covering everything from ceramics to film. In this part of London, however, culture is everywhere. So take some time to wander around, enjoy the buskers and take it all in.

The East End is the birthplace of one of London’s most traditional dishes: pie and mash. Served with a green parsley sauce, known as liquor – there’s no gravy here – the dish has been a working-class staple in this part of the city since the 19th century. Other highlights include Brick Lane’s Curry Mile and, on the same street, Beigel Bake, where you can get hot salt beef bagels 24 hours a day.

East London comes alive at night, with more pubs, bars and clubs than you shake a stick at. For trendy cocktails be sure to check out Lounge Lover on Whitby Street or, if the weather looks promising, try Stratford’s Roof East for some beverages under the night sky. Also, don’t let your journey home mean that you have to cut your evening short. There are plenty of places to stay in the East End from upmarket hotels in Liverpool Street to hostels in Stratford, so stay over and make the most of your night.

Although the East End is often thought of as hip and new, it also has a great deal of history. This part of the city is associated with Jack the Ripper, the Kray Twins, the Suffragette movement and the early days of the Labour Party. So, although there’s plenty of creativity on the streets of East London, don’t forget to take the time to appreciate the area’s roots too.

Photo by Luca Micheli on Unsplash