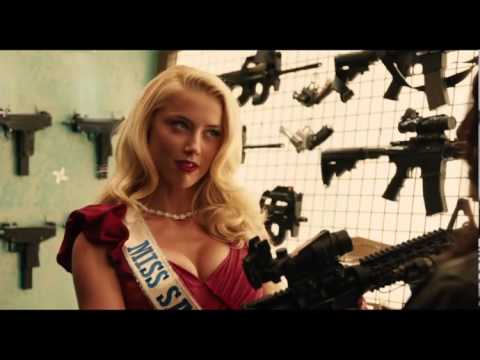 Following her performances in box-office movies such as ‘Drive Angry co-starring with Nicholas Cage ‘and ‘Rum Diary’ with Johnny Depp.

Amber Heard the 27-year-old blonde bombshell now stars in the upcoming release of the high octane action movie ‘Machete Kills’ alongside a host of notable Hollywood faces including Charlie Sheen, Lady GAGA, Jessica Alba and others, we’ve spotlighted the talented actress and model Amber Heard and compiled a list of what makes this Hollywood starlet irresistible.

It’s fair to say that Amber Heard isn’t your conventional wholesome Hollywood actress, loves cars and guns, yet can still grace the cover of Vogue and be voted one of the sexiest women alive; a beauty with a tough side and not afraid to show it, and how many people can honestly say that they’re wanted by both men and women, a fan favourite with much of the guys as well as girls.

Be sure to check out ‘Machete Kills’ in cinema’s October 11th.