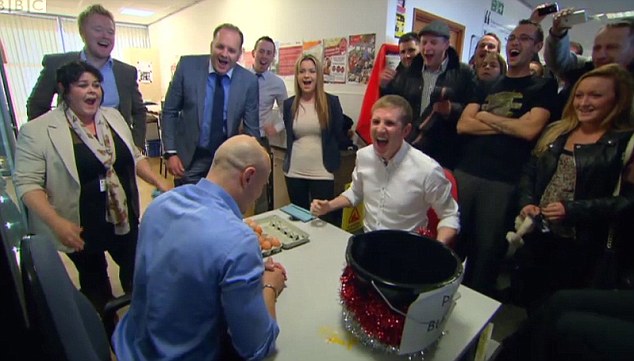 If you’ve ever seen BBC reality series The Call Centre, you’ll know that working in telecommunications is far more than sitting in a stuffy office answering calls and hitting targets.

That’s right; the fly on the wall documentary – which follows the highs and lows of Swansea based company Save Britain Money LTD (SBM) – has taught us a number of life lessons including:

Whether you apply through a recruiter such as CCJM or get head hunted for a specific role, everyone deserves a career break – or at least that’s the mantra of SBM’s eccentric CEO, Nev Wilshire. Dedicated to giving everyone a chance in life, he’s more than happy to employ waifs and strays even if they show absolutely no dedication or passion for the task at hand. Some might call it foolish, others might call it charity, but it seems to bring a smile to the big man’s face.

Who said bosses can’t bond with their employees? Nev has a very hands-on approach to say the least and is dedicated to keeping up with the office gossip. He knows who’s dating who, who’s flirting with who and (if his match making attempts are anything to go by) has absolutely no problems with office romances. While many businesses frown on relationships between staff, Nev is out for breaking every rule in the book, but it doesn’t seem to be doing his business any harm – after all SBM is one of the fastest growing companies in Wales and the UK.

Nev loves a good catchphrase. In fact, his cheesy one-liners couldn’t get much more cringe worthy with statements like ‘happy people sell’, ‘swallow that frown’ and ‘smile as you dial’, getting the odd looks they deserve from many staff members. That said, Nev’s team can’t help but smile as their brash boss walks round the office attempting to boost morale. He’s shameless in any sense of the word but, despite being dubbed the David Brent of Swansea, always seems to have the happiness of his staff in mind.

When you’re the head of a thriving company, you can wear whatever you like and Nev exercises his rights frequently wearing two-tone banker shirts, shiny suits and what he describes as his ‘Ann Summers’ tie on a regular basis. The latter always causes quite a stir amongst his employees, but being the boss, Wilshire couldn’t care less, stating: “I got a tirade of abuse for it, but do I care? No. It’s only a thin layer of PVC, and you can spill gravy down it and it just wipes off.”

It’s fair to say that Nev loves Christmas and is keen to get all his staff in the festive mood by decorating the office in all kinds of glittery tat and encouraging his team to wear everything from Santa hats to tinsel – ’tis the season to be jolly after all. There’s also usually a fair amount of banter with Christmas newsletters spreading office gossip, Christmas choirs singing out of tune and then there’s the tireless attempts to cheer up the Christmas Grinch (there’s always one).

The office is quite clearly a humorous program, but all joking aside the CEO knows how to build and run a company. With a team of over 700 people, SBM is now a booming player within the call centre industry, so perhaps the above life lessons are worth taking note of after all.