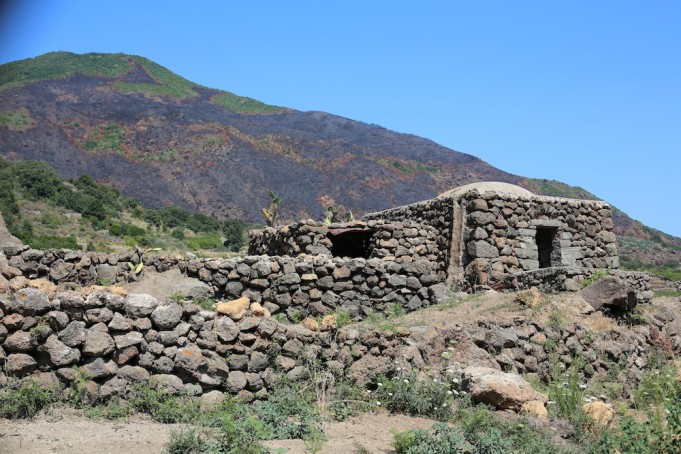 It’s that time of year where the weather is miserable, Summer seems so far away and all we need is something to look forward to, something to transport us somewhere else where life is good, the sun is shining and you can just forget about your life for a while.

Well, one step in the right direction would be to indulge in watching A Bigger Splash, starring Ralph Fiennes, Tilda Swinton, Dakota Johnson and Matthias Schoenaerts this Friday the 12th of February. How can a trip to the cinema help transport me somewhere else? I hear you cry; obviously, it’s the stunning exotic location of Pantelleria in which the film is shot. Stunning views and the warmth of the sun-drenched atmosphere beaming from the screen will make you instantly fall in love. Let’s take a look at our top 5 things you should know about Pantelleria. A Favourite amongst Celebrities.

It may be a restful safe haven for Marianne (Tilda Swinton) and boyfriend Paul (Matthias Schoenaerts) while she is recovering from throat surgery in the film but in reality its unique atmosphere has lured in celebrities including Truman Capote, Sting and Giorgio Armani. Is it any wonder when this volcanic Sicilian Island is surrounded with a coastline of caves, lava sculptures and mud baths to truly pamper your very being? As the film begins we are greeted with Swinton and Schoenaerts relaxing at a beautiful lake! This lake is Pantelleria’s most visited thermal spring. This spring is actually the home of an extinguished volcano filled with bubbling waters and mud that beautifies and sooths the skin. The spring is named Venus’ Mirror after the legend that Venus stopped there to admire her beauty. Johnson and Schoenaerts are at one point in the film left alone together and embark on a walk of the Island. The arrive at a natural swimming pool where Johnson strips naked and it’s left up to the imagination of the audience of what happens between the two. This natural pool, Laghetto Delle Ondine, is actually carved out of the islands lava landscape in the area of Punta Sapdillo.

The Arch of the Elephant The Island of Pantelleria has one iconic symbol, The Arch of the Elephant. This symbol pops into views from the villa the two couples stay at in A Bigger Splash. This is in fact a rock formation that has a striking resemblance of an Elephant drinking from the sea.

Restaurants to Die For There are a number of restaurants across the island which don’t appear in the film but have delicious fresh food on the menu. Giorgio Armani, himself used to frequent Il Principle E Il Pirata with many guests to take in its traditional sea view. The most popular restaurant amongst both locals and visitors alike is La Nicchia, it’s anti pasta is affordable and mouth-wateringly sumptuous. A Bigger Splash is out in UK Cinemas 12th February