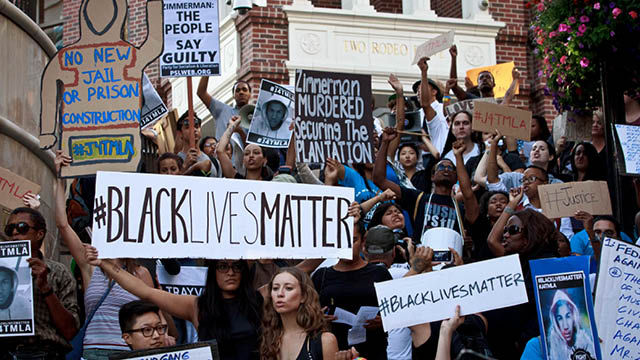 As a young person of colour living in ground zero (southern United States), the long and sordid history of injustices and prejudices toward people of colour is common knowledge.

In fact, so long the history of iniquities toward POC have been, that it has managed to weave itself into and shape the way society behaves toward POC (people of colour) today.
And worse still, the way POC behave toward each other. A great many examples can be referenced, but let us briefly mention one. The fascination with chains, gold or otherwise, among young African Americans. Of course we know that when Africans were stolen from their homeland and forced onto American plantations, it was the chains of their captors and suppressors that inhibited there chance of escape and freedom.
And today? For several decades, those of the rap music elite have made wearing big and varied amount of chains about them a way to state their success and relevance. And that statement and image has permeated neighbourhoods of AA’s, causing a desire among its youth, especially, to don chains themselves. Now that is just one small example of how the treacherous history of Africans’ beginning on American soil has been perpetuated today. But there are far more insidious examples readily available. With that said, the recent Black Lives Matter movement may cause more harm to future generations than good. And here are 5 reasons why I say so…

1. The BLM movement is one that inherently alienates other POC. Latino and Native American citizens have also been adversely affected by the gross misuse of authority on the part of the government. There would be greater chance for change if our struggles united, instead of alienating the struggles of one race.

2. The BLM slogan itself is a bit archaic. I once heard an old 5 percenter say to me, “If you can be tricked, you can be controlled.” Then he asked me, “What colour are you?” Of which I replied, “Black.” He then smirked and walked away, asking me to think about it. And as I thought about it, I realised that I am actually brown in colour. Since then, I stopped pigeon holed my skin-tone. I am a person of colour. As is my honey comb gold wife.
3. The BLM movements’ methods are also outdated. It stands to reason that marches have done very little to actually advance the situation of POC’s in America. And I mean actually, not perceived. Something far more drastic in nature is needed to upheave the centuries old system of prejudice and racism in this country.
4. The media appointed, so-called leader of the BLM movement is DeRay McKesson. When something matters to a person, that person desires to procure more of it. If knowledge matters to you, then you desire to procure more of it. The same with love, wisdom, health, etc. But if Black lives mattered, how do you procure more of that with the union of two men? DeRay McKesson being a homosexual is not the issue. DeRay McKesson being homosexual AND the so-called leader of BLM is an issue. (See: Rachel Dolezal and NAACP)
5. The BLM movement is not sponsored by a POC. Allegedly, the Hungarian-American billionaire George Soros heavily funds the BLM movement. And although I have nothing against the man, it stands to reason that the BLM movement should be heavily funded by a person with more ties to its participants. Like, say, Oprah.

Thankfully, the BLM movement is not the only measure being taken in order to effect real change. #BankBlack has started to pick up real traction, and nearly millions of dollars have already been moved to banks owned by POC. As well as a few other underground movements that have sworn not to go public, in efforts not to be thwarted before significant results are made. So, to be sure, big change is underway in America. But perhaps the BLM movement is just the coat of the moving vehicle, and not the engine or the wheels. 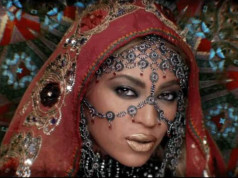 Is Beyoncé’s appropriation of Desi culture a signal of global identity crisis?