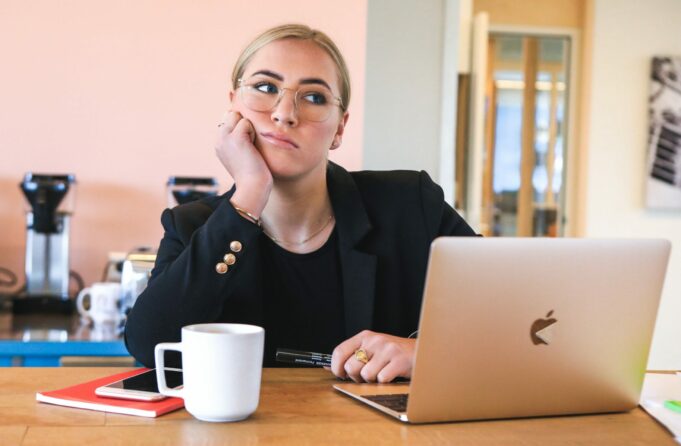 Are you procrastinating right now? Is there something you know you should be doing but are currently putting off? If so – you’re in the right place.

There are several reasons why we might procrastinate, from finding it too overwhelming to a fear of failure. Even if you didn’t see yourself as a procrastinator before, you may have found yourself doing it more and more this year while working from home.

Whatever the task and no matter the reason we haven’t done it yet, this can impact our wellbeing as it remains on our mind, likely becoming bigger than it once was and causing us to feel stressed as a result.

So, we have compiled a list of tips that will help you to stop procrastinating and get the task done.

The longer the to-do list, the more overwhelming it will become. You can make a note of everything that needs doing but then break this down each day and only include what you must get done. The more you can tick off, the more motivated you will feel. Put the most important tasks – or the ones that you are not looking forward to – at the top of the list and get these out of the way these first.

It is easy to procrastinate if the end goal or deadline seems a long way off. You may keep putting it off until suddenly that date is looming and you are overwhelmed by what you still need to do and then may continue not to do it for that reason. So, have that final date in mind but set yourself intermediate deadlines. That way, you have something to regularly aim for – that is more manageable and will make the task easier to complete in the long run.

Even if the deadline isn’t a long way off, it can feel large and overwhelming to start. There’s a two-minute rule – which is that ‘when you start a new habit, it should take less than two minutes to do.’ So, make that task manageable by starting on it for just two minutes – it may be that when it is done you can’t believe how easy it was. If it’s a much larger task, you have made a start with minimal pressure and can continue to work on it in manageable chunks to keep the momentum going.

A survey by Legal & General found that three of the biggest offenders when it comes to distracting people from tasks are: social media, video games and TV/ Netflix. In the survey, that found more than half of the UK (52%) have been affected by procrastination, 21% said turning off their phone and leaving it elsewhere has helped. So, find ways to remove the distractions and perhaps use them as a reward when the task is complete.

We feel a huge sense of achievement (and relief) when we finally do the task that we have been putting off. So, reward yourself for doing this – it may be a break to play on your favourite video game or you could watch the next episode of the show you have been binge-watching on Netflix. Perhaps there’s something else you know you would look forward to – this could be as simple as stopping for a cup of tea and a biscuit.

It’s not easy to stop procrastinating but it is possible – just make a few small changes to the way you approach tasks and you’ll start to see a big difference.