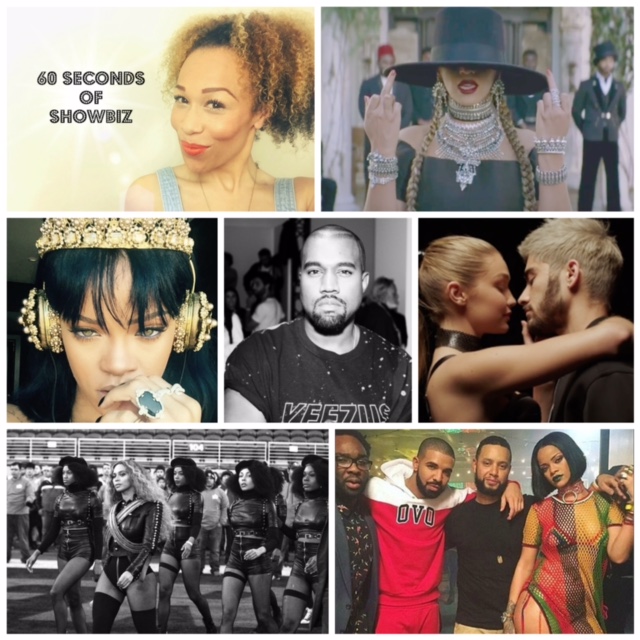 Keep up to date with Ria’s weekly round-up of 60 Seconds of Showbiz news!

What a week for new music! Kanye West announced his new album WAVES, then Rihanna dropped her new album ANTI – get it here for FREE! http://rihanna.tidal.com/redeem/?vouc…

And then Beyonce sent the world into meltdown as she dropped her new single, FORMATION ahead of her outstanding Superbowl performance!

Watch it back here: