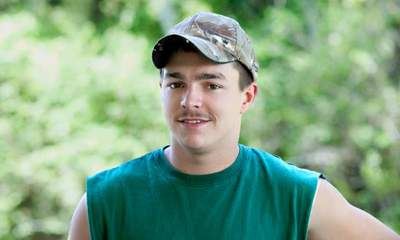 A cast member of the MTV reality show Buckwild has been found dead in West Virginia, along with his uncle and a third, unidentified man, authorities say.

The Sheriff’s Department said the bodies of 21-year-old Shain Gandee and 48-year-old David Gandee were found in a vehicle.

Authorities found the 1984 Ford Bronco that belonged to the Gandee family wrecked in a muddy ditch with all three men inside. The vehicle was located just a few miles from Mr Gandee’s home.

Foul play was not suspected.

He said: “It’s a very sad day for the Sissonville area and for these families. This is a small community, and most of us know directly members of these families. We’re keeping them in our hearts and prayers.”

Shain Gandee, nicknamed “Gandee Candy” by fans, was a breakout star of the show that followed the antics of a group of young friends enjoying a wild country lifestyle. It was filmed last year mostly around Sissonville and Charleston.

MTV issued a statement saying it was shocked and saddened to learn of its star’s death.

“Shain had a magnetic personality, with a passion for life that touched everyone he met and we will miss him dearly,” the network said.

MTV announced in February the show would run for a second season. It said the half-hour series in the old Jersey Shore time slot was getting an average of three million viewers per episode.