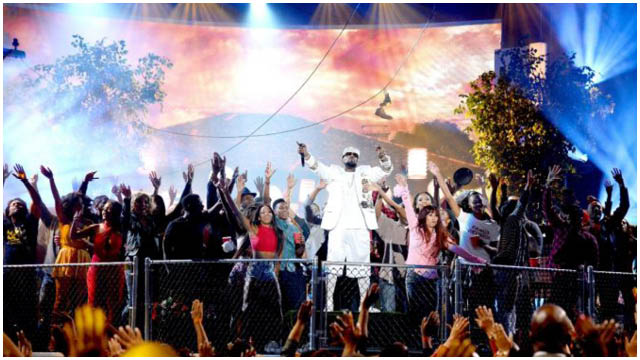 Hosted by flamboyant and eclectic Erykah Badu, the Soul Train Awards 2015 has been honouring the best in R&B, soul, rap, jazz and gospel music since 1987 and making this the 29th airing of the Soul Train awards.

With a history of the biggest stars from music scene and an A list of performers that have previously entertained at the awards, here’s our 7 reasons you need to watch the Soul Train Awards 2015.

The Soul Train Awards 2015 is hosted by the Erykah Badu. Her flamboyant attitude, amazing style and personality is a sight to be seen. Think Grace Jones meets Lauren Hill for those of you that may not be aware of her, and she opens up the show with a medley of her memorable songs including “Danger,” “On & On,” and “Love Of My Life.” Here’s a reminder of why Eryka Badu is the queen of Neo Soul. Apart from performing, Jill Scott will also receive the FIRST-EVER Lady of Soul Award. Jill Scott is the perfect candidate for this award, her blissful music and longevity in the music scene is a testament to her prowess. A special tribute video was shown with celebs such as Whoopi Goldberg, Usher and more speaking to Scott’s energy, creativity, exceptional talent and inspiration. Honouree Jill Scott blew the crowd away with a selection of her most beloved hits including “Back Together,” “Long Walk,” “It’s Love,” “Golden,” “Cross My Mind,” and “Whatever.” She brought the crowd to their feet as they joined in with her including Janelle Monae mouthing along to every song. Heart-throb Tyrese performed at the awards, this means we do not have to wait until the release of Fast and Furious 8 to see Tyrese on our screens again. He performed his Adult R&B Billboard chart-topping single “Shame”. The beautiful Jillian Hervey performed as one-half of Lion Babe on the Centric Certified stage serving a lot of retro, a lot of pop and a lot of new school in one perfect package. Lion Babe who has worked Pharrell and Mark Ronson is one of our Women-To-Watch. The Soul Train Awards will be awarding in all of these categories WOW.