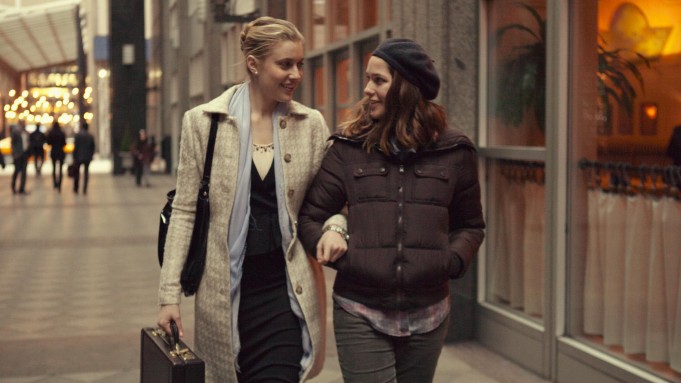 To celebrate Mistress America’s 14th August UK release date, we wanted to focus on the film’s messages of strength, adventure and achievement. We couldn’t think of a better way to do this than to put the spotlight on some of Hollywood’s most brilliant women.

In MISTRESS AMERICA, Tracy (Lola Kirke) is a lonely college freshman in New York, having neither the exciting university experience nor the glamorous metropolitan lifestyle she envisioned. But when she is taken in by her soon-to-be stepsister, Brooke (Greta Gerwig) – a resident of Times Square and adventurous gal about town – she is rescued from her disappointment and seduced by Brooke’s alluringly mad schemes. Angelina Jolie has been on our radar for many years, as she was only 24 when she won the Oscar for her fantastically acted role in Girl, Interrupted. She has played a variety of roles during her career including, more recently, the familiar children’s storybook villain Maleficent. Though, she is also a humanitarian activist, this work is never overshadowed by her work as an actress. She never sways from her commitment to UN High Commissioner for Refugees (UHNCR), whose purpose is to spread awareness of the way in which women are affected by war in their home countries. Most recognized for her role in Orange is the New Black, Laverne Cox was the first African-American transgender woman to be on an American reality television show. Not only that, but also the first African-American transgender woman to produce and lead in her own television show, TRANSform Me. Her identity is as much in her off camera as it is in the characters she shares with the world on camera. Cox has been an active role model and a voice for the Lesbian, Gay, Bisexual and Transgender (LGBT) community. What sets Jennifer Lawrence apart from her action-star peers is that, to put it simply, she is not a man. Lawrence has paved the way for strong leading ladies to be action stars alongside men, in efforts to stamp out the stereotypes of women in action films being helpless and in need of salvation. Every girl wants to be her and every man wants to be with her. From her perfect archery in The Hunger Games movies to her skilful mastery at disguise in the X-Men series, Lawrence has proved that she can keep up with the best of them. Not only in action but even in the award nominees circle, having won an Oscar for her leading role in Silver Linings Playbook. She certainly isn’t type cast, but she does know how to pick and play strong and inspirational characters. Greta Gerwig, co-writer and leading actress in the upcoming film Mistress America has beautifully written and beautifully played a strong, intelligent woman, looking for adventure and purpose in the world. We have seen her do this successfully before, in Frances Ha to name one, but the adventure and the life lessons are always different film-to-film and are always just as captivating. None of these stories of finding oneself pander to happy cookie-cutter conclusions; what actually makes them so engaging is their willingness to say, ‘you might very well fail in your journey through life, but can you pick yourself up again and start over anew?’ Emma Watson won over the world’s hearts in her role as the brainy, beautiful, strong Hermione Granger in the Harry Potter series. She has grown into being an A-list star and graduate of an American Ivy League, Brown University. Whilst receiving a higher education in English Literature, she continued her acting career post-Harry Potter, most notably in The Perks of Being a Wallflower. In 2014 she started focusing some of that youthful energy she exudes into being an activist for women, which was awarded to her by the United Nations. The campaign she started and raises awareness for is the HeForShe campaign, encouraging men to be advocates for women’s rights and equality. If there was ever any doubt that women could be funny, well then Tina Fey has certainly proved otherwise. Still doubting, just look at her eight Emmy Awards and two Golden Globes – to name only a few – there are more! She has now hosted the Golden Globe’s three years in a row, alongside her colleague and dear friend Amy Poehler, pulling in the highest viewership ratings for the show in the last decade. When she is not busy hosting the Golden Globes, she is writing, acting and producing, and from that culmination has come up with products like the cherished series 30 Rock and the cult classic film Mean Girls, which she helped to write and act in. Reese Witherspoon impressed all who saw her this past winter in Wild, when she reminded us of the many other strong women she has played in film, like Annette Hargrove in Cruel Intentions and June Carter in Walk the Line. She is more than just a beautiful, talented and bold Oscar winner. She is also someone who has, throughout her career, spoken up about maintaining strong values and being an admirable role model to her children. So then, it is no real surprise that her rooted beliefs extend outside her familial circle. Witherspoon is a member on the board of the Children’s Defence Fund (CDF), which aims to provide children from all backgrounds with a healthy and successful future. Starting her acting career as a character on a children’s television network in The Secret Life of the American Teenager, she proved quickly that she could bring something enigmatic to the characters she played, no matter who they are. She popularized the young adult novel film adaptation of the Divergent series. She has set herself apart from her Hollywood peers, by staying true to herself and her personal beliefs post-fame. Woodley has been interviewed many times saying that she is not concerned with the materialism you often find in Hollywood, and while she would love to not participate in dressing up during awards season, she knows that on these occasions she must make an exception.