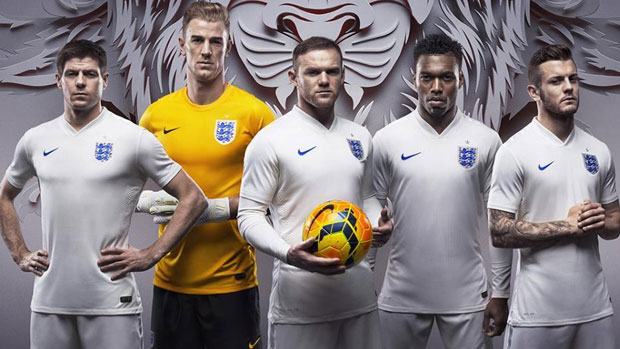 With the World Cup just around the corner starting on the 12th of June, With England’s 1st game on the 14th against Italy, we thought it only right to give some of the England squad a bit of love and support. OK not all the England lads are as blessed as our beloved David Beckham but we have a small handful you certainly wouldn’t kick out of bed. These boys are not only talented with their BALL control but some are pretty hot too, we wouldn’t mind being caught offside with a few.

Let’s take a look at what some of our boys have to offer on Instagram. C’MON ENGLAND!

Jack Wilshere. Certainly takes a decent selfie, Now all he needs to do is loose the hoodie, Please. Thank You.

Jack Wilshere (again). Looking just a tiny bit cute in his smart attire, Can I please be the one to show him how to use an iron though

Alex Oxlade-Chamberlain (again). Anyone else feel the urge to have a private holiday party with this beautiful specimen?

Daniel Sturridge. Don’t be blinded by the whiteness of his smile, Cast your eyes further down. He fills out a fitted top really rather nicely

Steven Gerrard. We all know Steven Gerrard is a little cutie and this pic isn’t the best, but just look at those thighs (I’m not mentioning anything else) and lose yourself in thought for just a second

Raheem Sterling. I don’t care what some people say about tattoos but this is damn sexy, just look at those arms #Faints

Raheem Sterling (again). Do you realise throughout my research it was hard to find one of the England squad with their shirt off. I was so gutted until this. THANK YOU RAHEEM STERLING.