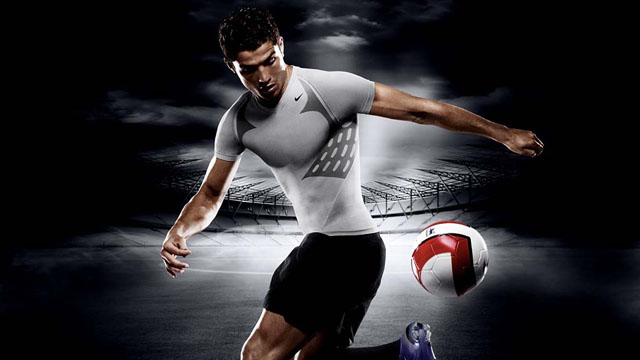 With the World Cup now underway, We thought why not carry on this feature in the same vain as last weeks and see who else this wonderful tournament has to offer for those less interested in the ball skills and are looking more for a bit of eye candy.

So this week we sneak a peek at the Portuguese striker Cristiano Ronaldo.

Let’s start off with a nice calm, fully clothed shot. If he had failed at being a professional footballer, the modelling world would certainly have him.

OK let’s get you a little warmed up, If only someone had conveniently switched off the Jacuzzi as this picture was being taken….

Back to a clothed Ronaldo, Mean and Moody usually does it for me.

Let’s take a minute to cool off… But as the tag line says JUST DO IT, I can guess there are quite a few of you out there saying YES PLEASE!

OK that’s enough cooling down…. Did anyone else feel a bit of a shudder in there never regions?

Really…. But Really…. Seriously? This man has got some seriously great package going on.

How many people does it take to give one massage, and has anyone else noticed his shorts hiked up? Can I swap places with the lucky sod who got to give Ronaldo a good old butt massage please.